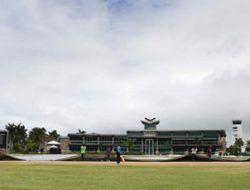 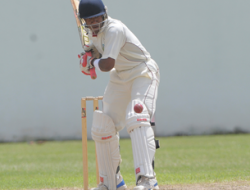 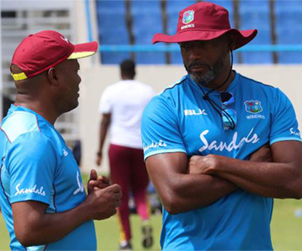 West Indies legend Brian Lara is quite impressed by what he witnessed from the present generation of players. Ahead of the upcoming Test Series against India, the man who made the mammoth 400 not out in Test cricket and monumental 502 not out in first-class cricket, suggested the West Indies appear to be on the right path and he was happy to join the group and share his immense knowledge of the ‘gentleman’s game’.

Lara volunteered his services to work with the team at the ongoing camp in Antigua ahead of the first Test, which starts on Thursday – West Indies and India will play two Tests in the MyTeam11 Series, which is co-sponsored by Skoda and KEI. The first Test – from August 22 to 26 at the Sir Vivian Richards Cricket Ground in North Sound, Antigua; and the second Test from August 30 to September 3 at Sabina Park in Kingston, Jamaica.

“I decided to join the camp simply because I feel this present crop of West Indies players, especially in the Test arena, is the right group of players. The talent that’s within is there. The performance against England to win a series at home, I think is the start of something really good for us. We must lay the foundation at home first before we travel abroad in foreign conditions to sort of take command of situations,” Lara said.

Earlier this year West Indies beat England 2-1 in the three-match rubber to regain the prestigious Wisden Trophy for the first time in a decade. They dominated the opening encounter in Barbados and won by a whopping 381 runs. A week later, they backed that up with an equally impressive ten-wicket victory in Antigua.

Lara participated fully in several aspects of the camp. He met and spoke to all the players, shared his vast knowledge and expertise on the game, and also gave his insight to members of the Leeward Islands Hurricanes franchise team, who were also involved, and took the opportunity to pick the brain of the maestro.

“From what I’ve seen in the camp is intense practice which is good. I think the intensity I’ve seen in this camp is very good. The young players are working hard, Floyd Reifer and his team are actually putting things together pretty good,” Lara said.

“I’m hoping that I can impart some type of knowledge, some of my experiences in the past to the young batsmen especially that we have in the team to see if we can get a little bit more out of them because it’s necessary. It’s a good group of young players, we just have to get them thinking in the right way.”

Lara played 131 Test matches for the West Indies and is hailed as one the greatest batsman to ever play the game. The 50-year-old, set records and established standards of batsmanship on pitches all around the world throughout his illustrious career. He is the leading runscorer in West Indies Test history with 11,953 runs with a record 34 centuries. His catalogue of amazing performances include: 375 against England in Antigua; 277 against Australia at Sydney Cricket Ground, 213 again against the Aussies in Jamaica; followed a week later THAT unforgettable, match-winning 153 not out in Barbados.

Lara added that the technical skills and work ethic was present in the squad, and one area where he identified for great greater growth was the mental preparation to play, compete and dominate for five days of a Test match.

“Where I feel I can make an impact is their mental approach to the game. I feel as if I was to strike on one thing that I was decent at was mentally where I prepared myself strongly. The practical side is there for the young players but I feel mentally they can grow a little bit and learn a little bit more,” he said.