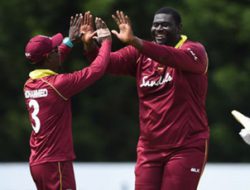 Exclusive| “I Believe The Test Format Suits My Game”,... 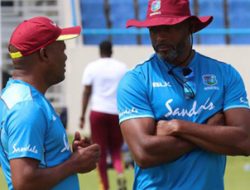 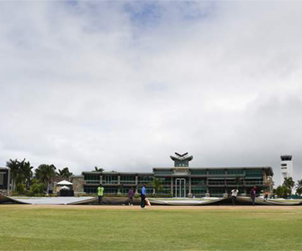 West Indies “A” Toil, As Pujara Digs In For Even Hundred

COOLIDGE, Antigua – Jason Holder and the #MenInMaroon were given an early indication that the next three weeks may be long and grueling, after Cheteshwar Pujara warmed up for higher intensity tussles in the MyTeam11 Test Series, co-sponsored by Skoda and KEI, with a purposeful hundred to lead strong batting for India against West Indies “A” in the Tour Match here.

The A-Team bowled diligently on a hard, true Coolidge Cricket Ground pitch, but Pujara defied them in an even, undefeated 100 before he retired his innings, which anchored the Indians to 297 for five in their first innings before rain stopped play nine minutes earlier than the rescheduled time on the opening day of the three-day contest, after they chose to bat.

The home team made a bright start to the game, reducing the visitors to 53 for three, before Pujara and Rohit Sharma shared 132 for the fourth wicket either side of taking India to lunch on 89 for three to give the innings backbone.

After Jamaica Scorpions off-spinner Akim Fraser had Sharma caught at long-on for 68, Pujara batted until just after the tea break to reach his milestone from 183 balls, slamming Marquino Mindley through mid-wicket for the last of his eight fours, and immediately retired his 220-minute innings.

Earlier, Jonathan Carter made the breakthrough for West Indies “A”, when he bowled Mayank Agarwal for 12 with his first delivery, a yorker which the batsman played across, to leave India 36 for one.

Keon Harding followed up with the scalp of K.L. Rahul caught at long leg for 36 from a miscued hook before Carter had acting India captain Ajinkya Rahane caught behind for one, nibbling outside the off-stump.

After this, the wickets dried up for the A-Team, as Pujara anchored significant partnerships with Sharma and then Vihari with whom he added 58 for the fifth wicket before he retired.

West Indies “A” continued their hard toil for wickets and just prior to a second and final stoppage for rain that prompted stumps to be drawn early, Carter returned to trap Rishabh Pant plumb lbw for 33 to end the day with the tidy figures of 3-39 from 13.5 overs.

Match note: This is not a first-class match and the teams may choose any 11 to bat or field from their squads