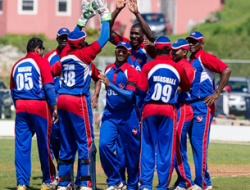 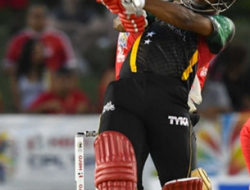 KINGSTON—After a hiding in the opening Test last week, West Indies will seek to haul themselves back into the four-Test series against India when the second Test bowls off today at Sabina Park in Jamaica.

The hosts, without a win against their opponents in 14 years, saw that dismal record extended at the Vivian Richards Cricket Stadium in St John’s when they slumped to an innings and 92-run defeat inside four days.

West Indies were poor in every area during the Test and captain Jason Holder said yesterday it was imperative his side stepped up their performance to avoid going 2-0 down in the series.

“We need to be better than the last game. I spoke about periods where I felt we fell down, particularly our bowling wasn’t good enough and obviously we didn’t bat well enough,” the all-rounder said.

“That’s cricket as it is, you need to bat well and you need to bowl well and in the field, when chances come, you need to hold the chances. One of the things we really stressed on was consistency, being able to build pressure for longer periods.

“We bowled well in partnerships in patches but we didn’t sustain that long enough in the game and that is one of the key areas we paid attention to in the last few days.”

India piled up 566 for eight declared in the first Test, with captain Virat Kohli getting a double hundred and lower order batsman Ravi Ashwin striking 113.

The bowling attacking appeared to lack penetration and only speedster Shannon Gabriel in his opening spell on the first morning, provided any threat.

West Indies’ batting then flopped in both innings. They were rolled over for 243 in their first innings before going under for 231 in their second innings. Not a single batman managed a hundred while four—Kraigg Brathwaite, Shane Dowrich, Marlon Samuels and Carlos Brathwaite—gathered half-centuries.

While underscoring the importance of executing, Holder urged both the batsmen and bowlers to find their stride.

“We fell down in both areas—bowling (and) batting. In cricket, you have to just execute. You can sit here in hindsight and say a lot of things but at the end of the day it just boils down to execution,” Holder pointed out.

“Bowlers have to be consistent for longer periods—it’s a long Test match and batsmen just have to knuckle down occupy the crease and score. That’s just the bottom line of it. At the end of the day we need to execute.”

With Chris Gayle unavailable, Shiv Chanderpaul forced into retirement, Jerome Taylor having also quit Test cricket prior to the series and Kemar Roach still struggling for match fitness following injury, the Windies entered the series with a largely inexperienced unit.

And despite the heavy defeat for the young side, Holder said there had been no major impact on their psyche, pointing out they were in still in very good spirits.

Over the next few days, the odds will be heavily stacked against West Indies but Holder believes they can hit back in the series once they pull the various facets together.