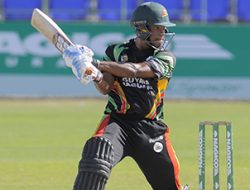 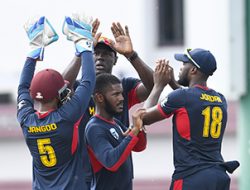 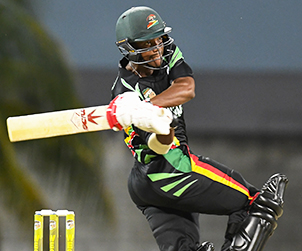 BRIDGETOWN, Barbados – Leon Johnson spoke to CWI Media, after he led from the front with a composed, maiden List “A” hundred, but Guyana Jaguars required frantic, last-over heroics from Veerasammy Permaul to inch to a one-wicket victory over Jamaica Scorpions on Thursday here and qualify for the Grand Final of the 2018-19 Super50 Cup.

Johnson, the Jaguars captain, gathered 101 from 136 balls, earning the Player-of-the-Match award, and shared 130 for the fourth wicket with fellow left-hander, Barbados-born all-rounder Raymon Reifer to get their side’s chase of 273 for victory on track in the first semi-final played under the lights at Kensington Oval.

The two WINDIES internationals revived their side from 70 for three in the 12th over, but it came down to the Jags needing nine from the final over in which Permaul hit a six off the second ball and keep his cool to see them over the finish line with one ball remaining.