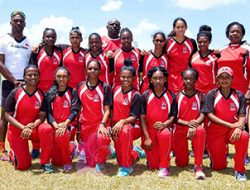 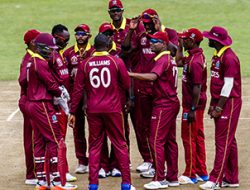 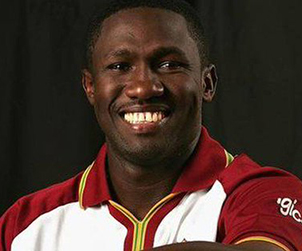 KARACHI: Wavell Hinds, the former West Indies cricketer and the President of West Indies Players Association, said that it is important for the world cricket to play matches in Pakistan.

Talking exclusively to Geo.tv, the 41-year-old former batsman said that West Indies players realise the importance of visiting Pakistan and bringing smiles back to the faces of its people.

“Its feel good to be playing role in bringing cricket back in Pakistan,” he said.

“The people of Pakistan deserve to see their national players, their stars playing in front of them and of course to see the stars of West Indies to come over and play in Pakistan. For the game of cricket to grow and for the world cricket to take its rightful place in the world of sports then playing cricket in Pakistan is one step towards achieving that,” the WIPA president said.

“The way in which Pakistan plays is pretty similar to the way West Indies play,” he said.

“And where international cricket is played and stars are in the show then it motivates young kids and it can help game improve,” Hinds highlighted.

The veteran of 45 Tests and 119 ODIs said that he has very good memories of playing in Pakistan in past and when he toured the country as an under 19 player.

“I know the passion the fans here have, I came to Pakistan 23 years ago as an under 19 player, played in this very ground, went to Lahore, Islamabad, Faisalabad and all other grounds and played against top players,” he said.

Replying to a question, the Wavell Hinds said that independent security consultants gave positive reports about visiting Pakistan and cricket authorities in Pakistan wanted players to give an opportunity to express their skills and simultaneously bring smiles to face of Pakistani people.

“Once the Eastern Star International, the independent security firm gave the undertaking that the risk is manageable then as cricket association back in West Indies, we wanted all our players in West Indies the best opportunity to show their skills around the world and doing that they also bringing back smiles to the faces of Pakistani people,” he said.

The head of West Indies players association added that he’s satisfied with the way arrangements are executed and hoped that cricketing situation will be improved in Pakistan from here.

“We are here now, we have to take it event by event and so far this event had been good. I am sure the other countries who would want to come to Pakistan will do their personal checks. As I said earlier, Pakistan government and people will ensure that this will only get better from here and so that cricket can be played in its rightful place throughout all the stadiums in Pakistan,” he stated.

Wavell Hinds, to a question, agreed that his team’s performance in the series wasn’t up to the expectations and players are hurt, but they also realise the importance of this series for the world cricket.

“Our performances aren’t as what we expected. There are quality players in the squad but the performance has been down, it may be down due to few things like we have flying in and straight went to cricket field without getting a chance to acclimatise. But they are trying to improve the performance,” he said.

“Players are hurt because they are losing but in the end, they understand the value of coming to Pakistan and what they are doing for world cricket, he concluded.