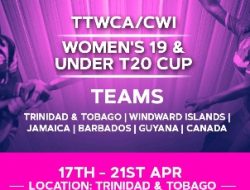 Qiana Joseph Blazing A Trail With The Bat In... 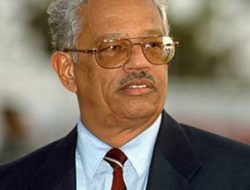 WIPA Conveys Condolences at The Passing of Patrick ‘Pat’... 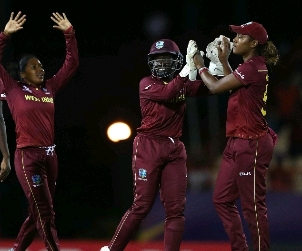 ST. JOHN’S, Antigua – Hayley Matthews and Stacy Ann King have been included by the Cricket West Indies (CWI) interim selection panel in a 14-member West Indies Women’s Squad that will tour Ireland and England from May 21- June 26.

Matthews returns to the squad after an injury layoff, when she damaged her MCL playing in the Women’s Big Bash in Australia last December. The injury resulted in Matthews missing the recent West Indies Women’s series against Pakistan in Karachi and Dubai. Stacy Ann King is returning to international cricket after an almost three year absence. King last represented the West Indies Women in the home series against England in 2016.

Interim Chairman of Selectors Robert Haynes on behalf of the interim selection panel said, “ Stacy Ann King’s return to the West Indies Women’s team to tour Ireland and England is no real surprise after her performance during the recently concluded Colonial Medical Insurance Women’s Super50 Cup and CWI’s T20 Blaze tournaments. Her experience is very vital in this very crucial series against England, a series that we must win, so her ability to bowl good left arm swing will be an added dimension to our bowling attack. Anisa Mohammed and Merissa Aguilleira’s performances in the recent women’s championships weren’t what we expected or how we wanted them to perform, so unfortunately they were not picked on this touring squad. There are other ladies who are vying for these coveted spots, we have three other wicketkeepers who have all been scoring consistently thereby outperforming Merissa.”

Haynes added, “In terms of Anisa, we have Hayley who’s back and the Captain Stafanie who can both bowl off-spin and have been performing consistently well. So overall we have a very unique and balanced team which reflects what we saw in Guyana during the Women’s Championships. Merissa and Anisa have given a lot to West Indies Cricket and I’m sure based on improved performances we can see them back in the West Indies Women’s team in future series.”

The fourteen (14) member squad along with six (6) reserve players will assemble in Antigua from May 6-20 for a training camp, before the touring party’s departure to Ireland from Antigua on May 21.

Additional Players: FOR CAMP ONLY