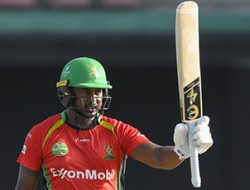 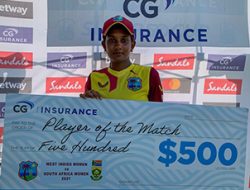 Stunning Performance From Ramharack As WI End On A... 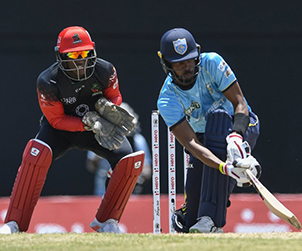 The Saint Lucia Kings repeated their performance from 24 hours earlier and once again recorded a win over the St Kitts & Nevis Patriots in their 2021 Hero Caribbean Premier League (CPL) encounter.

The Patriots won the toss and stand-in captain Chris Gayle chose to bat first, yet it turned out to be a trial by spin as they faltered for 118 all out against the turn of Jeavor Royal and Samit Patel.

The Kings got off to the worst possible start in their chase, losing Andre Fletcher to a Fabian Allen delivery in the very first ball of the innings. They rebuilt via Roston Chase to comfortably reach their target of 119.

St Kitts & Nevis Patriots lost their two explosive batsmen in the PowerPlay overs, as Evin Lewis and Chris Gayle were dismissed early. Youngster Royal was the stand out bowler with three wickets, while Patel was the most economical. A mix-up saw the dangerous Sherfane Rutherford run out and while Fabian Allen tried to give his side a big finish, he was dismissed  in the 19th over.

Despite losing Fletcher in the first ball of the innings, Saint Lucia Kings still had the dangerous Faf du Plessis, who raced to 22 off 14 balls, before being caught out. The in-form Roston Chase ended up seeing his side home with a superb innings that saw him reach yet another half century, this time in thirty six balls, his third in a row at this year’s Hero CPL. The Kings chased their target in the 16th over as the powerful Tim David helped take them over the line with a rapid 18 runs off 7 balls.

Saint Lucia Kings now have their third consecutive win of the tournament and move closer to the top spot of the league standings.