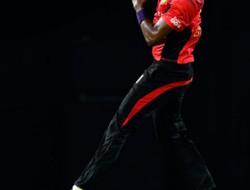 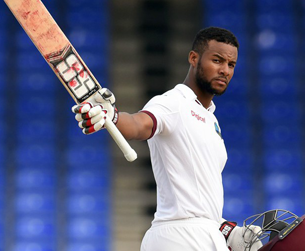 Local cricket fans will get the opportunity to see a West Indies versus India Test match for the first time in 14 years when the fourth and final match in the current series gets underway Thursday at the Queen’s Park Oval in Port-of-Spain.

The T&T Cricket Board yesterday extended a warm “Trini” welcome to the India party inclusive of players, management officials, journalists and fans.

The last time the teams played a Test match in T&T was in 2002, when India won in a low-scoring affair at which legendary batsman Sachin Tendulkar got the only century of the match, a fine 117 runs in the first innings. The present playing squads however show no survivors of that encounter 14 years ago.

India first toured the West Indies in 1953 where the opening match was played at Skinner Park, San Fernando. Test cricket between the old rivals dates back to 1948 when West Indies travelled to India and won a five-Test series 1-0. Sir Everton Weekes, who had a spectacularly successful tour is a survivor of that inaugural series.

The first match of that tour started on October 19, 1948 and closed on March 2, 1949. India visited the Caribbean for the first time in 1953 and West Indies won the series 1-0 in another five-Test Series. The home team won the Second Test in Barbados with the other four matches, two in T&T and one in Jamaica and Barbados each, were all drawn.

T&T spinner Sonny Ramdhin featured in the series as well as Subash Gupte of India, who later married a local girl and settled in San Fernando.

Interestingly in the Fifth Test match of that series in Jamaica, the famous “three Ws” of West Indies cricket (Sir Frank Worrell, Sir Everton Weekes and Clyde Walcott) all got centuries with Worrell compiling a monumental 237 runs.

Another local player who participated in early West Indies/India encounters was T&T all-rounder Willie Rodriguez who played in the 1961/62 series.

It will not be surprising to some that the highest run scorer in WI/India encounters is Indian legend, opening batsman Sunil Gavaskar who tops the list with 2,749 runs in 27 Tests.

He is followed by former West Indies captain Clive Lloyd, a legend in his own right, hard-hitting scorer of 2,344 runs in 28 Tests. Another notable name to make his mark in battles between the two teams was Sir Everton Weekes with 1,495 stroke-filled runs in 10 Tests at an astounding average of 106.78.

Having already surrendered the series to their guests, local cricket fans can nevertheless look forward to a competitive encounter of historic importance, weather permitting.