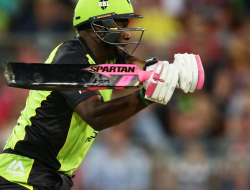 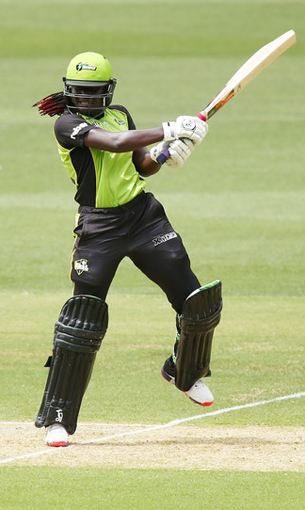 Chasing 111 for victory at Blacktown International Sportspark, yesterday, Thunder were propelled by captain Alex Blackwell’s unbeaten 61 while Indian Harmanpreet Kaur scored 24 not out.

Together, they posted an enterprising 72 in an unbroken third wicket stand which pulled Thunder around from 42 for two in the eighth over, and steered them to victory in the 16th over.

The right-handed West Indies batsman Taylor was the second to fall, run out for 13 off 21 deliveries.

In her last outing against Adelaide Strikers a week ago, Taylor scored just six and now has only 80 runs from four innings in the tournament.

Earlier, Kris Britt hit an unbeaten 50 off 52 balls to rally Renegades to 110 for four off their 20 overs.

Set 149 for victory, Heat could only muster 94 for seven off their 20 overs with Dottin scoring 24 from 27 balls with two fours and six.

She was just one of three players in double figures and one of two to pass 20, with opener Kirby Short top-scoring with 27.

Captain and opener Meg Lanning has earlier stroked an unbeaten 97 off 72 deliveries with 11 fours and three sixes to underpin Stars’ 148 for two.

The right-handed Matthews scored a run-a-ball 17 as Hurricanes got up to 143 for three batting first at Gliderol Stadium.

In reply, Sophie Devine hammered an unbeaten 103 as Strikers coasted to their target in the 17th over.