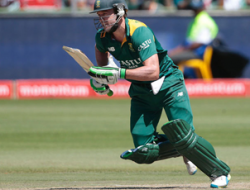 KINGSTON—The West Indies Cricket Board (WICB) is urging the region to rally around the regional team as they prepare to contest the final of the Under-19 World Cup against India in Bangladesh on Sunday.

“This is indeed a time for us to celebrate and cheer on the young men as they try to create history,” urged WICB President Dave Cameron.

“That is the kind of development we are keen on maintaining”.

West Indies were inspired by an all-round performance from Shamar Springer, as they overhauled the 227 runs set by Bangladesh at Shere Bangla National Stadium. Springer scored the second highest score of 60 not out, including the winning runs after steadying a shaky innings and after picking up two wickets.

“On behalf of the WICB I would like to offer the team best wishes as they look forward to the final on Sunday against India,” said Cameron.

“The team in spite of challenges in the earlier rounds remained focused and that has been evident in the way the team has conducted themselves”.

The president noted the progress made by the team in rebounding from a poor start and was high in praise for the players and team management.

“The best of luck in the final game. The Caribbean is fully behind the team,” he said.

The West Indies are making their second appearance in the Under-19 World Cup final. The last time the Under 19 team reached this far in a World Cup was back in 2004 when they lost to Pakistan by 25 runs.