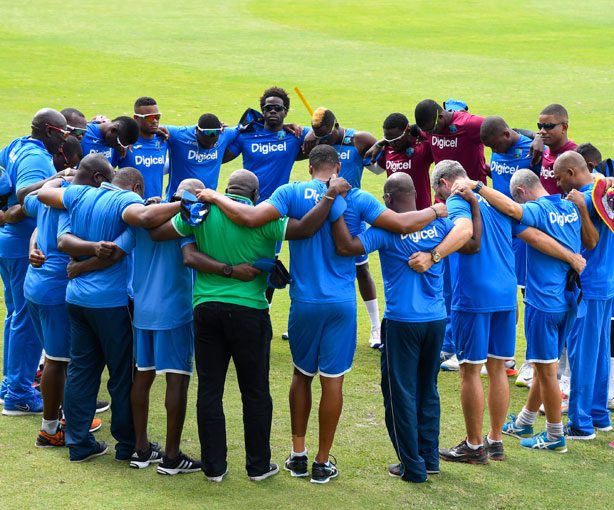 It is often alleged that the existential threat 50-over cricket faces arises largely due to the number of ODIs played without context or substantial meaning. Series such as this one, featuring three ODIs tucked between four T20s and three Tests, would generally have been the perfect example to advance that point. But the ICC’s otherwise severely criticised move to reduce the World Cup to ten teams, only eight of which qualify directly, means Pakistan and West Indies – ranked eighth and ninth in ODIs respectively – will be playing for much more than the series trophy when they take on each other in Guyana. If West Indies win all three ODIs, they will leapfrog their visitors to eighth position less than six months before the cut-off date of September 30.

Pakistan will be buoyed by a 3-1 win in the T20I series, although it did little to allay concerns that Sarfraz Ahmed’s men are still too inconsistent to compete with the very best. The series was bookended by clinical wins, but the two games in between witnessed a convincing win for West Indies and one game their coach Stuart Law said they threw away. With West Indies now significantly depleted by the departure of many of their high-profile names to the IPL – Kieron Pollard, Carlos Brathwaite, Samuel Badree and Sunil Narine have all flown off to India – a mere series win, much less a whitewash, would be a welcome result.

With Sunil Narine and Samuel Badree away, this represents an opportunity for Devendra Bishoo to establish himself in the West Indies’ line-up. He will play all three ODIs in front of a home crowd in Guyana – the first time in his ODI career he is playing there. He is still just four games into a return from a five-year absence from the ODI set-up, and will be eager to improve upon disappointing returns against England; in three games, he took three wickets and conceded 136 runs in the 21 overs he bowled. But with the pitch in Providence expected to favour the slower bowlers, he will be hoping for better returns.

For Pakistan, could it really be anyone else? The biggest talking point in the T20Is was legspinner Shadab Khan‘s explosive introduction to the international stage. The 18-year-old was instrumental in all three of Pakistan’s wins, and was named the Man of the Series, an award for which, in truth, he was the only contender. He now faces a sterner test: whether he can turn brilliant four-over spells into solid performances over ten overs in various phases of an ODI innings.

The West Indies squad is significantly different from the one that featured in the T20I series, and not necessarily the better for it, at least on paper. As previously mentioned, Brathwaite, Pollard, Badree and Narine are absent, while Kraigg Brathwaite has been dropped in favour of Chadwick Walton, a move coach Stuart Law put down to a desire for greater impetus at the top of the innings. Pacers Shannon Gabriel, Miguel Cummins and Alzarri Joseph all feature, a sign that West Indies may finally be moving on from veteran Jerome Taylor, who did not play any of the T20Is despite being in the squad.

Pakistan haven’t made too many changes to the side that won the T20Is, although a few fresh faces have been drafted in. Asif Zakir, Fahim Ashraf and Mohammad Asghar are the three players in the 16-man squad yet to pull on an international shirt in any format. The most notable difference is the return of left-arm fast bowlers Mohammad Amir and Junaid Khan, who were rested from the T20 series. In addition, it will also be the first ODI series for Sarfraz Ahmed as captain, after Azhar Ali was removed after the 4-1 defeat in Australia and omitted from the squad altogether.

In the short history of the Providence Stadium in Guyana (it was constructed ahead of the 2007 World Cup), it has developed a reputation as a venue where the ball keeps low and doesn’t come on to the bat. As such, the execution of each side’s spin-bowling plans may be decisive in the outcome of this match – and indeed the series.

Rain is expected in the early part of the day, but the sky should clear up by the evening.