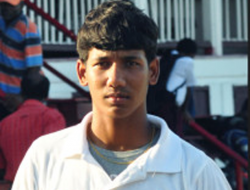 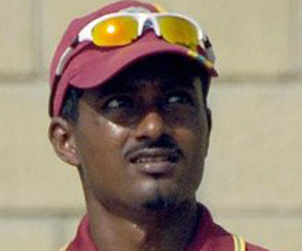 All-rounder Mohammed got the nod after being nominated for the prestigious honour for finishing the season with a haul of 45 wickets in seven matches at a miserly average of 8.1. He also scored 387 runs at an average of 55.3.

Amongst his outstanding season with the ball were three five-wicket hauls as well as two 10-wicket performances. Mohammed`s 10 wickets for 24 runs against Sancho St Julien in Round One was his best bowling in a match for the club.

He also collected an award for Highest Individual Score (115) struck against Forest Reserve in the first Innings of the Fifth Round of the South East Zone League Competition.

Alfaz Hosein, was among the outstanding awardees for taking five wickets (6\41) in an innings against Strivers Sports in the send innings of the Second Round in the League competition.

Feraaz Abdool also bagged five wickets (5\10) against Untouchables in the Second Innings of the Seventh Round of the League.

The “Best All-rounder Award” went to Aron Maingot. In seven matches he posted 222 runs at 31.7, and copped 24 wickets at an average of 19.5. The “Most Promising Player” Award went to Kiel Dorner.

Special awards were also presented to Kishor Nandlal, former Secretary of South East Zone and Blended Club, for his Long and Meritorious Service. And the mother of “Cricketer of the Year” Mohammed was acknowledged with a hamper for her dedication to and support of the Blended club.

Present at the function was Azim Bassarath, president of the Trinidad and Tobago Cricket Board and a former chairman of the South East Zone of the TTCB. He warmly complimented Blended on their very successful 2015 cricket season. And in introducing TTCB General Secretary of the TTCB, Ajoon Ramlal and third vice president Patrick Rampersad, Bassarath said the club was privileged to have three leading officials present at their gala ceremony.

He said he could not recall when such a high level TTCB delegation honoured and graced the proceedings of the Blended Sports Club in the recent past, if at all in their history.

Ramlal delivered an inspirational feature address and gave an overview of the organisational structure of the TTCB to the satisfaction of all present. He reminded attendees that Minister of Sport and Youth Affairs Daryl Smith recently publicly stated that the TTCB is the best functioning national sports organisation in T&T by a wide margin.