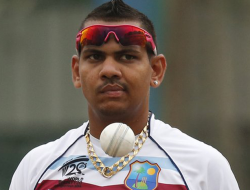 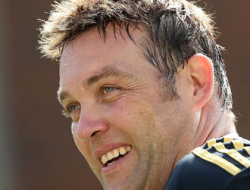 11th May 2016 Comments Off on Sports facility named after Windies captain Views: 1067 News

“Having attended Eltham for so many years, and having done well for them, it’s sentimental and a special feeling to know that the facility will be named after me,” expressed Taylor.

“I played cricket for the school at the Under-16 and Under-14 levels where we won a number of competitions.

“It will therefore be good to know that whenever I return to visit the venue the memories will be there,” she added.

Taylor, the most famous student to attend Eltham played a leading role in helping the West Indies dethrone Australia in the final of ICC Women’s World Twenty20 in India last month.

The 24-year-old was also named Player of The Tournament.

Minister Grange, in the aftermath of Taylor’s welcome home, made the announcement of the renaming of the venue at the school.

“I hope it will be an inspiration for the students, especially girls, to let them know that with hard work and dedication they can go far,” Taylor said.

Eltham has been the most consistent school team in the urban area since 2000. This includes five straight Grace Shield titles between 2004 and 2009.