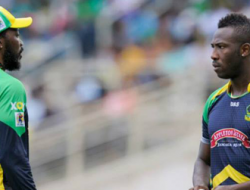 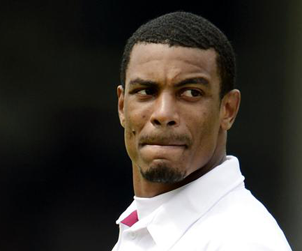 HOBART, Tasmania (CMC) – West Indies fast bowler Shannon Gabriel has been ruled out of the first Test match against Australia.

The strongly-built six-footer from Trinidad suffered a major injury on Thursday’s opening day and will play no further part in the match at Blundstone Arena.

Gabriel felt discomfort while bowling and had scans at a local medical facility. According to Team spokesman, Philip Spooner, Gabriel sustained a “stress reaction in the left ankle bone” and therefore will not be able to bowl.

The 27-year-old right-armer bowled just 10 overs on the opening day and took one wicket – Joe Burns bowled through the gate.

If he is unable to recover in time for the second Test at the Melbourne Cricket Ground, starting Boxing Day, a replacement will be summoned from the West Indies.

Meanwhile, Darren Bravo led a courageous fight-back against Australia who inflicted more misery on West Indies on the second day of their first test on Friday.

Bravo played with class to be undefeated on 94 as West Indies stumbled to 207 for six after Australia declared their first innings on 583 for four at Bellerive Oval.

After another dreadful performance in the field, the visitors put on a woeful batting display capitulating to 89 for five before a sixth wicket stand between Bravo and Captain Jason Holder carried them past 100.

At the close, Kemar Roach on 31 with three fours, is providing solid support to Bravo and their stubborn seventh wicket stand is nine runs shy of a century.

Adam Voges and Shaun Marsh put on 449, the highest fourth-wicket stand in Test history after Australia resumed from their overnight score of 438 for three.

Voges, who resumed on 174, finished unbeaten on 269 after Steven Smith declared the innings closed during the lunch break.

He scored 33 fours, no sixes and ended the day with a Test batting average of 76.83, second only to Australian legend Sir Donald Bradman.