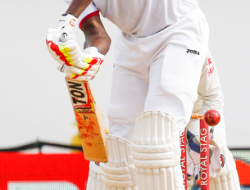 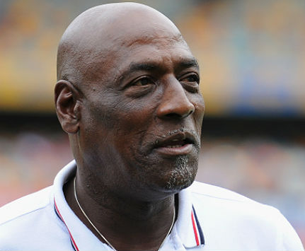 Legendary former West Indies captain Sir Vivian Richards says that for once the West Indies performance on the final day of their day/night Test against Pakistan, could have been likened to caviar and not sardines.

Although the West Indies lost the opening Test of the Haier Cup to the Pakistanis by 56 runs he saw hope. “What we saw out there today was caviar and not sardines as we have become accustomed to with this outfit.”

West Indies chasing 346 runs to win the match was bowled out for 279 just 18 minutes before the scheduled close.

“We saw Test cricket at its best in this match and I am not going to be critical of the West Indies performance on the final day. I thought that we showed fight and character. The boys were really willing to battle and this made me very happy indeed.”

The Master Blaster had special praises for T&T’s Darren Bravo, who recorded his eigth Test century. “He has won me over many times before and he did that again today. That innings of Bravo was batsmanship of the highest order. Just the application he showed was brilliant and it is a pity that he has to end up on the losing side.”

Richards said that Pakistan may have underestimated the West Indies and it now made the series more interesting. “What the guys showed there was resolve and now the Pakistanis know that they are here to play. This is what we want to see from the team and now with two matches to go, the interest in this series is back.”

West Indies will now move on to Abu Dhabi where the second match of the series will be played from Friday. They then top of the series with the final Test at Sharjah from October 30.