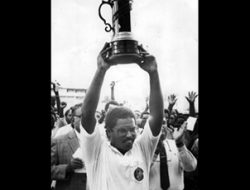 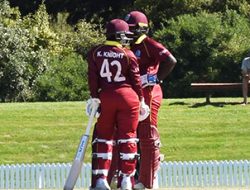 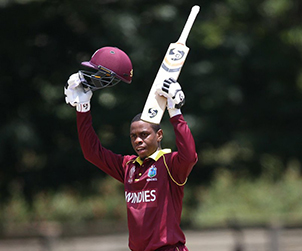 HARARE, Zimbabwe – Shimron Hetmyer spoke to CWI Media after his maiden international century helped the Windies to victory by 60 runs over United Arab Emirates in their opening ICC Cricket World Cup Qualifier match. The left-hander made a superb 127 off 93 balls as Windies scored 357-4 off their 50 overs on a good pitch at Old Hararians Club. Playing in just his third ODI, the 21-year-old, struck 14 fours and four sixes to earn the Man-of-the-Match award. Hetmyer added 103 for the second wicket in just 12 overs with Chris Gayle, who made a brilliant 123 off 91 balls. The powerful left-hander smashed seven boundaries and 11 sixes en route his 23rd ODI century – the most by a West Indian. He became the third batsman to score centuries against 11 countries.

Captain Jason Holder then grabbed five wickets off his 10 overs as the UAE replied with 297-6 off their 50 overs. Two of his wickets came via catches by Hetmyer, who substituted as wicket-keeper after Shai Hope was struck on his right knee while batting. Kemar Roach made the early breakthrough with the new ball to reach 100 career wickets.

The Windies next match is against Papua New Guinea on Thursday at Old Hararians.  First ball is 9:30am (3:30am Eastern Caribbean Time/2:30am Jamaica Time).