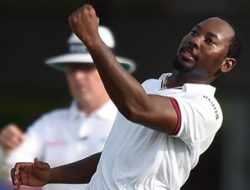 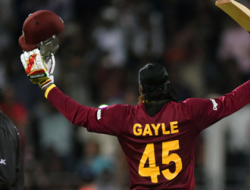 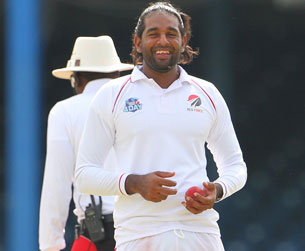 Starting the final day of their 10th round game at Warner Park needing a huge effort to pull off victory, Red Force found their inspiration in leg-spinner Imran Khan who finished with match figures of 11 for 140.

He failed to add to his overnight five-wicket haul as Hurricanes, resuming on 273 for six, were dismissed for 299. Seamer Roshon Primus took two of the four wickets to fall to finish with two for 62.

Following on by 254 runs, Hurricanes were dismissed for 237 in their second innings with Khan proving T&T’s trump card again with six for 74.

Opener and captain Montcin Hodge resisted with an unbeaten 96 while Kacey Carty carved out his second half-century of the game with 54 and Akeem Saunders got 41.

Hurricanes were 188 for three at one stage inside the first hour after tea but suffered a swift collapse to lose their last seven wickets for 49 runs, and slide to their fifth defeat of the season.

In their second turn at the crease, Chesney Hughes fell cheaply for 11 with just 25 runs on the board but Hodge and Carty combined in an 83-run second wicket stand to steady the innings.

Hodge faced 222 balls in just over 4-3/4 hours and struck 13 fours while Carty, in his eighth first class game, stroked five fours and two sixes in a handsome 79-ball knock.

Charles claimed Carty–mis-timing a drive to mid-on–and Jamaican Nkrumah Bonner (0)–caught at the wicket–in successive deliveries but Hurricanes found solace in another half-century stand, this time between Hodge and Saunders which yielded 76 runs.

Saunders was within touching distance of his half-century when he gloved one from Khan that bounced and was caught at forward short-leg, triggering a terminal decline.