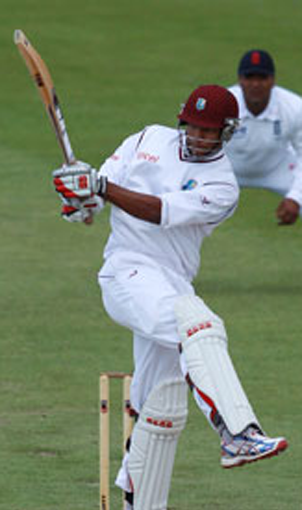 ST JOHN’S Mystery continues to surround the career of Kieran Powell, with the West Indies left-hander not among the 13-man Leeward Islands squad announced to face Guyana in the first round of the WICB Professional Cricket League starting Friday.

The 24-year-old, who has been out of action in recent times, is one of the ten players retained by the Leeward Islands but CMC Sports understands that the player has again made himself unavailable for selection.
Considered one of the future stars of West Indies cricket, Powell has not played competitive cricket since the first Test against New Zealand in Jamaica back in June.

He subsequently pulled out of the Caribbean Premier League and did not feature in Bangladesh’s tour of the region or the aborted India series.

Powell has been hailed as a future leader, having captained Leeward Islands and West Indies A.
An aggressive stroke-player who opens the batting, Powell has hit three hundreds in 21 Tests and has also gathered six first class centuries, and his absence will be a blow to the Leewards who have struggled badly in recent years.

In his absence, out-of-favour Windies wicketkeeper Devon Thomas will lead the side and will have Jahmar Hamilton as his vice-captain.

Eighteen-year-old fast bowling all-rounder Jeremiah Louis is poised for a debut after being called up for the first time while the experienced Gavin Tonge and Anthony Martin and Orlando Peters have all been included.
There is no room for veteran former captain Steve Liburd.

The Leewards face Guyana at the National Stadium at Providence.