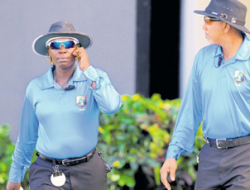 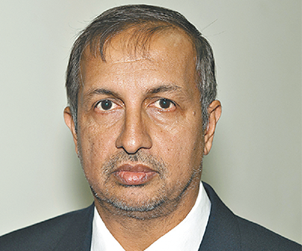 One of T&T’s directors on the West Indies Cricket Board (WICB), Baldath Mahabir has resigned from the board with immediate effect. T&T Guardian Media understands that Mahabir sent in his resignation letter to the WICB and thanked them for the opportunity to have served at the highest level of administration of cricket in the region.

The T&T Cricket Board (TTCB) will convene a special meeting today to select a replacement who will join current director Azim Bassarath at the WICB. Mahabir, who has served as president of Clarke Road Cricket Club for many years, made a bid for vice-presidency of the WICB at their last annual general meeting earlier this year but was defeated by incumbent Emmanual Nanton.

Ever since Mahabir lost at the polls it was evident that his future at the board was going to be short lived. In his resignation letter Mahabir outlined the reason behind his move. “In recent times there has been an increase in ‘anti’ WICB sentiments across the Region. From Prime Ministers, former players, journalists, educators and especially the fans – our reputation and our business methodologies have taken a pounding.

“As a former Director, I sat back – read, watched and listened. In all my years as a passionate cricket fan, I do recall that the WICB and its predecessor, the WIBC, have taken a battering from the cricket loving public. In good times and in bad. I have long resolved that it is the great interest of the fan that informed this criticism of our cricket’s leadership. I have also long resolved that managing the cricket fortunes of a team, on and off the field, that consists of representatives of 16 sovereign nations will always be difficult, full of unseen challenges and impossible to be satisfying to all. As a result one will never have the support of all of the people all of the time.

“However, in the recent past, this incarnation of the WICB has had to endure even more verbal onslaughts than some of its predecessors. The events that have attracted these negative outpourings have not always been the sole responsibility of the WICB, but the onus of cleaning up after the mess, falls squarely on its burdened and at times under resourced shoulders. And this the organisation must understand.

“Having said that, one must recognize that the WICB has been less than satisfactory in other areas. The management of the business has been unprofessional, tardy or lax in many instances and this, coupled with the very public spats with our players – men and women – have activated an increase in the quantity and decibel counts of voices against the actions of the Board.

“As a Director, one must listen to the voice of the people, as what we are doing, while directing a private company, impacts strongly on a public good. I have read, listened, conversed and been lectured to by many, in and out of the game, friends, complete strangers, fellow cricketers, politicians and business people. All have been driven by their waning passion for West Indies Cricket. They are not happy.

“As a result, I have decided to step back from the forest, for it seems that I need to look again at the trees. Maybe being within for the past six years, I have become lost in the forest- and what is needed is a view from another place, get another perspective. Six million West Indians cannot be wrong.

“This largely informed my decision to resign as a Director of the WICB. I remain both committed and concerned about the future of West Indies cricket and while I am a very passionate supporter of our great West Indian tradition I am guardedly optimistic of what tomorrow may bring. I now join the spectators in the gallery.”