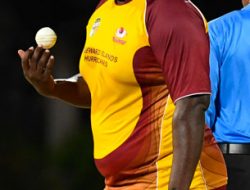 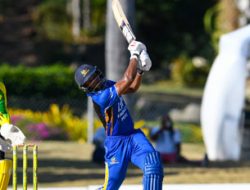 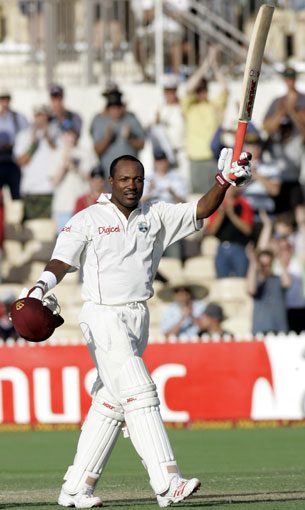 Brian Lara is using the sport he knows best to reach out to the young people of T&T. And he plans to do it community-by-community.

The batting legend along with his local and regional friends will be starting that initiative in Barataria on Saturday when they compete in a Twenty20 match.

“Today, what’s going on in T&T, we need a little positive energy coming out. If we could just affect two or three youngsters in any particular community, it would be wonderful,” said a hopeful Lara.

Yesterday, he launched the Brian Lara Island Wide Cricket Tour at the Barataria Oval on 78 Sparrow Avenue, and spoke at length to the media about the event, which is to embark on an island-wide ‘community-focussed’ cricket tour in an attempt to reinvigorate cricket at the grass roots level within T&T.

“The idea came from Daren Ganga. We were having something for his birthday back in January down in Barrackpore. In a few days he was able to organise a tremendous match and the crowd came out and totally supported it.

He told Guardian Media Sports: “I spoke to Daren about it and I felt that this is something we can take to different communities around T&T.”

The first T20 match will bowl off at the Barataria Oval from 5 pm and he will also be bringing some former, present and future cricketers to participate to enrich the event, but moreso to give cricketers of Barataria the opportunity to play alongside these cricketers in a friendly yet competitive affair.

He named former West Indies Test players—Fidel Edwards, Ricardo Powell, Philo Wallace, Lendl Simmons and Darren Bravo among the few, who will be part of what is expected to be an exciting afternoon.

The West Indies batting legend said, “I will introduce a 13-year-old from Barbados. I think he is awesome,” said an enthused Lara. “People say I was batting like that when I was 13. I wish I did because his just an awesome little youth.”

This Tour is likely to occur on a monthly basis and local fans will get to witness the cricket great in action as did some yesterday when he took a knock in the nets.

“Another reason for the tour is to highlight the community that we are in. Yes we have a match on Saturday but the follow-up is very important. What happens to the community and hopefully we can get things moving in the right direction.”

Funds raised that evening will be directed towards the Barataria Ball Players Sports and Cultural Club for further disbursement in community projects and efforts.

Lara hopes the biggest message coming out of the venture is to give young people hope.

He said, “We are not dealing with failures very well in this country. I think a very big part of any sportsman’s life is to deal with failures because the more you get knocked down, you pick yourself back up and move on.

The former West Indies captain explained, “We have a lot of youngsters who are experiencing a lot of hardships and they are turning to alternative things to do. This is when you can see how much of a man you are dust your pads and move on. I have had many occasions in my career when things didn’t go my way and consideration of giving up was never there.”