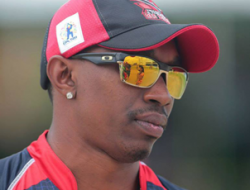 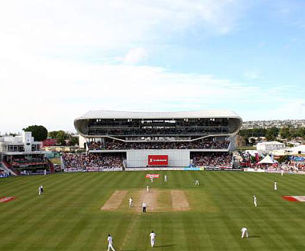 King, who passed on November 15, played three first-class matches between 1948 and 1952. He retired at the early age of 24 to pursue studies in Land Surveying in England.

He also represented Harrison College and Empire and is a former Chief Surveyor of Barbados.

King was the father of two daughters and one son, Horace Jnr, who played in the Barbados Cricket Association (BCA) Division 1 Championship for Combined Schools South while he was a student at The St. Michael School, as well as Empire where he is still an active member of the famous Bank Hall Club.

Horace King Snr was the brother of former Empire and Barbados batsman Tony King, who was also a former West Indies assistant team manager, and Michael King, a former Empire and Barbados Youth cricketer, who served as an Ambassador of Barbados to the European Union, the UN in Geneva and the United States of America. Michael King is now a retired Permanent Secretary of the Government of Barbados.

He was also the uncle of Dr. Jacqui King, the long-standing Barbados team physiotherapist, who worked in a similar capacity with the West Indies team as well.

Three of his nephews are Professor Sam Headley, a former Lodge School and Barbados Under-19 team captain, who also played for Wanderers and is now associated with Springfield College, Massachusetts; Jason King, the current Treasurer of the BCA and Dr. Nigel Barker, Ophthalmologist.

The funeral will take place on Wednesday, November 23 at St. Stephen’s Anglican Church, where releatives and friends are asked to meet at 10 a.m. for the service and interment.

Taken from the Barbados Cricket Association