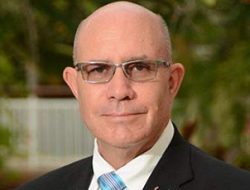 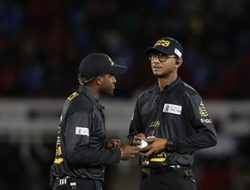 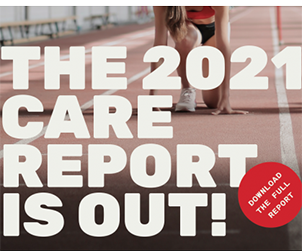 In the first global study to look at elite athletes’ experiences in sport as children, more than half reported having suffered emotional abuse at least once, the World Players Association said in a new report released today at the 4th World Players’ Development Conference. The two-year project highlighting athletes’ testimonies of lasting legacies of abuse is a collaboration between World Players Association, its affiliates and Loughborough University.

The 2021 Census of Athlete Rights Experiences (CARE Report) documented elite athletes’ experiences through in-depth individual interviews and 297 online surveys. One in three elite athletes reported experiencing physical abuse while training or competing as children. One in two athletes were not aware of the existence of a union or player association and almost 70% were not aware they had rights before the age of 18.

“World Players’ CARE Report tragically demonstrates that, for many child athletes, sport is the source of abuse and trauma when it should be an opportunity for development and growth,” said Brendan Schwab, executive director of World Players Association. “Clearly, safeguarding measures many sports bodies are adopting must be augmented by genuinely including child athletes’ voices, embedding their human rights and ensuring effective remedy, including reconciliation and compensation where abuse has occurred. Project CARE highlights the need to build the capacity of the players association movement to effectively represent child athletes, a vital gap we are determined to fill.”

“Project CARE’s main purpose is to invite, amplify and listen to athletes’ first-hand testimonies about their experiences in sports as children in order to drive systemic change,” said Andrea Florence, coordinator of Project CARE at World Players Association. “We hope the CARE Report contributes to the ongoing global debate about child abuse in sports. We need to have an open and honest discussion about our collective responsibility to ensure children are able to play sports in a safe environment.”

“This is the first global research into how the rights of athletes have been respected or violated as children in sport. The CARE Report provides an important baseline against which progress can now be tracked through follow-up studies to ensure that efforts to promote and protect children’s rights in sport are evidence based,” Dr Daniel Rhind, lead researcher of the CARE Report and academic at Loughborough University.

Remedy – encourage the establishment of truth commissions and ensure survivors have access to remedial justice;

Train – provide guidance on how to support athletes who disclose abuse, develop child-focused programmes; and

“Abuse often happens in secret and reporting it carries huge personal and professional risks to athletes. Survivors of abuse won’t take the risk of reporting if the right systems and protection mechanisms are not in place,” said World Player’s Florence. “We looked at our own player association movement, and our duty of care towards athletes. That’s why we are also launching today the Ready to Respond handbook: a hands-on guide to player development managers on how to support athletes that disclose abuse, harassment or trauma in sports.”

The 4th World Players Development Conference brings together over 190 player development managers from around the world. The CARE Report and Ready to Respond handbook will be launched at today’s session on the Reflections and Experiences of Sexual Abuse and Trauma in Sport, led by Dr Paul Gaffney (Clinical Psychologist) and featuring speakers Grace French (founder of The Army of Survivors, former athlete and survivor), Richie Sadlier (former athlete and survivor) and Shoichi Sugiyama (Sports Lawyer, Japan).

“The CARE Report and Ready to Respond handbook are truly needed tools for those who support athletes at all levels,” said French. “These pieces of work focused on the voices of athlete survivors throughout the process and learned from their experiences. There is much work to be done in sport in order to create better environments for athletes, and to effectively prevent, intervene, and respond to abuse. These projects take us one step closer to a safer, trauma-free world for athletes.”

To download the “Ready to Respond: A Player Association Guide to Support Athletes through Abuse, Harassment and Trauma”, click here: https://files.cargocollective.com/c520687/CARE-handbook.pdf

“I remember I broke my arm. Not in an athletic environment in my school. But my coach thought it was reasonable to tape up the arm, as it was a bent arm cast, and swim with it.” (National Swimmer)

“I feel very comfortable saying that he abused me mentally. Yeah, there was constant psychological manipulation.” (International Athlete)

“….my rights as a girl child were not protected. The national team environment was highly sexualized. They were all male coaches. That environment was very negative.” (International Swimmer)

“It was grooming. Yeah, there was grooming and then he took advantage of the fact that I was a naive eight-year-old and I was sexually abused for about a year and a half. And then he disappeared.” (Male International)

“It’s something that sort of stayed there and traumatized me since then. I’ve only really started to talk about it in the last few years when what’s called Safe Sport in America has become a thing which is protecting the current generation.” (International Athlete)

“They knew that I was being manipulated and it happened with many people before me. We were a very successful club, but the women came out like shells of themselves, you know, and everybody around us knew. But nobody did anything or felt they could do anything. People called us the anorexic swim team, because we were so skinny. So it was a known factor that these things were happening. Makes it even worse, doesn’t it?” (Female Olympian)

“I became bulimic, probably from age 15 to 18. It was only when I left and went to university that it ended immediately. So I look at it as being very specific to me being controlled by somebody in my childhood.” (Female Olympian)

“Somebody has to be looking out for them, because they don’t have a voice… they don’t have any awareness of something that is impacting them, you know, or any way to change it, and they’re relying on other people to put the protections in place to make the environment safe.” (Female International)

“I think that it’s very important for us to have a Players Association…. I was really impressed with the collective bargaining and the rights and just the ability to speak and to have some impact on the athletes organizations, on the governing bodies, and that’s really missing in my country.” (Female International Competitor).