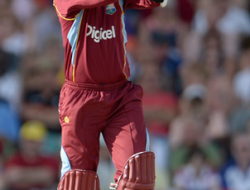 The inaugural Player Draft was staged just before midday on Monday at Accra Beach Hotel here.

Sarwan, a former Guyana and West Indies captain, with the experience of 87 Tests, 181 One-day Internationals and 18 Twenty20 Internationals is one of only two players who have not been selected by their territorial sides.

“We felt having a player of the calibre of Sarwan in our side would be invaluable to our squad which includes a number of young players,” said Red Force Head Coach Gus Logie.

All-rounder Raymon Reifer is the other player selected by a franchise outside of his home territory. He will play for the Guyana franchise.

The Player Draft was organised with the goal of achieving an equitable distribution of the available player talent in the Regional 4-Day and NAGICO Super50 tournaments.