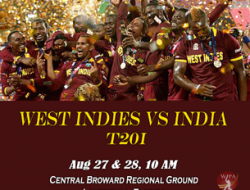 MS Dhoni, India’s limited-overs captain, believes his break from international cricket has given him ample time to work on his fitness. Dhoni, who retired from Test cricket in December 2014, was last involved with the national team during a short limited-overs series in Zimbabwe in June.

“When you have a break, it’s easy to maintain fitness because there’s enough preparation time,” Dhoni said in Lauderhill ahead of the first Twenty20 against West Indies on Saturday. “There has been a lot of rain in India, which is a good thing since we needed that. So I trained indoors with the bowling machine when it came to the skill aspect.”

Dhoni, who will be involved in just a handful of games in India colours this season owing to a prolonged Test run at home from September to March, believes the breaks have helped him remain fresh in his quest to prolong his international career.

“During a packed season, maintaining fitness becomes tough because you can’t put too much effort into it. You’re constantly monitoring workloads. When you have a break, you can plan your schedules. That’s what I’ve done so that it helps prolong my career. Overall, it’s important to relish the in-between time.”

Back from the break during which he had briefly mentored his state side Jharkhand at a first-division tournament in Chennai, apart from promoting his yet-to-be-released biopic, Dhoni is now faced with the prospect of facing the current World T20 champions, which he felt would be “quite a challenge”.

“West Indies is an extraordinary team in the limited-overs format,” he said. “Sometimes having one allrounder can give you balance. They have two or three. Power-hitters become crucial in the smaller formats, and they have so many of them. They also play an entertaining brand of cricket, so it will be a challenge for us.”

Among the things he is most looking forward to on his return, Dhoni said, was the opportunity of working with new head coach Anil Kumble, from whom he had taken over the Test captaincy in 2008.

“He is a straightforward guy who will tell you what he has to to your face,” Dhoni said. “I learnt a lot from him while playing with him. One of the things that struck me was how he planned dismissals and went about his game. I was amazed at his consistency and the thinking aspect he brought to the game. It will also help him as a coach because you can’t have the same plan across different formats.

“I feel, the more time I spend with him, the more I’ll get to know him. I’ve known him as a player. Now, I will know him as a coach. We’ve seen previously how people are slightly different in both cases. He’s calm, composed and confident, and that will only help the team.”