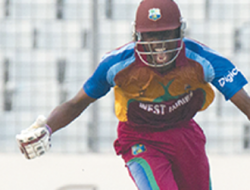 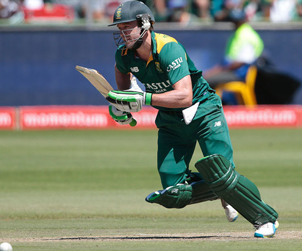 AB de Villiers has signed up to play for Barbados Tridents in the 2016 Caribbean Premier League in July despite an assertion that he will look to reduce his workload after the World T20. Faf du Plessis (St Kitts and Nevis Patriots), Martin Guptill (Guyana Amazon Warriors), Brendon McCullum (Trinbago Knight Riders), Kumar Sangakkara (Jamaica Tallawahs) and Shane Watson (Zouks) were the other five “marquee” players to be drafted on Thursday.

In a statement from the franchise, de Villiers confirmed he will not miss any South Africa matches even if there is a clash and that he had turned down offers to play in the Big Bash League for exactly that reason.

“I’ve had a careful look at my schedule and am looking forward to the next few months. For players in my position, it is important to find a balance between playing international cricket and participating in the various T20 leagues around the world,” de Villiers said.

“I remain absolutely committed to international cricket but, this year, it just so happens I can play in the CPL as well; in contrast, for example, I have declined offers to play in the Big Bash League in Australia because it clashes with our home series against Sri Lanka.”

During the ongoing series against England, in which de Villiers was made Test captain, he dominated headlines with talk of managing the amount of cricket he played. De Villiers stressed the importance of international cricket while also explaining the financial value of playing in T20 leagues around the world. The declining South African Rand has made it even more lucrative for players from the country to earn in foreign currency.

South Africa have sparse winter fixtures this year, which include a tri-series in the West Indies that also features Australia. This will not clash with the CPL and the two home Tests against New Zealand in August.