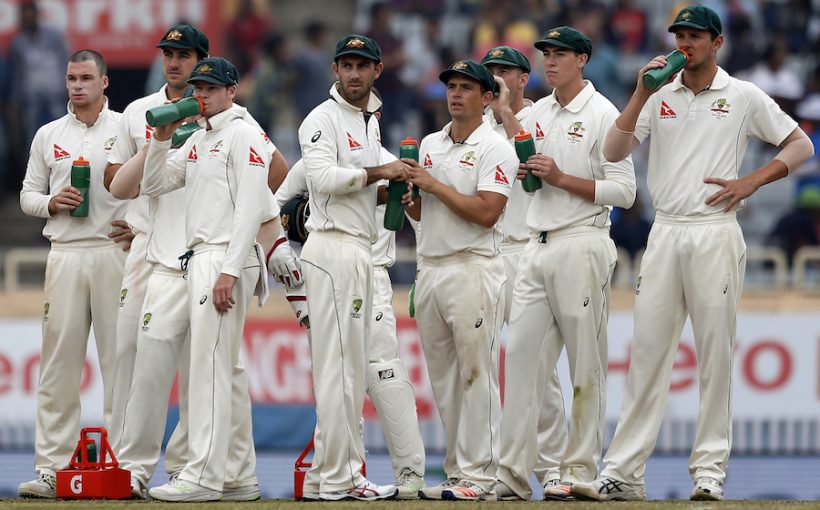 David Peever, the Cricket Australia chairman, has rejected the Australian Cricketers Association’s request for mediation in pay talks between the two parties, reiterating the board’s insistence that talks resume with its formal pay offer as the starting point.

In a letter addressed to the ACA president Greg Dyer, which was seen by ESPNcricinfo, Peever states that it is “extraordinary” that the players association has requested mediation without first attempting to negotiate based on CA’s current offer, which seeks to break up the fixed revenue percentage model that has existed for the past 20 years.

“The preconditions you set out in your letter are unacceptable to CA,” Peever wrote. “They may be genuine issues of contention from the ACA’s perspective, however they should not be an insurmountable barrier to even commencing good faith negotiations.”

Peever’s rejection of the ACA request followed the CA chief executive James Sutherland’s blunt message that players out of contract would cease to be paid after June 30 if the ACA did not return to the bargaining table.

“As James Sutherland indicated in his letter to your CEO last week, the approach the ACA has taken in demanding certain preconditions be met before it is prepared to begin negotiations is the fundamental reason why no progress has been made to date,” he wrote.

“Surely a more constructive and conventional approach would have been to work through CA’s MOU proposal to agree all possible items, leaving issues where the parties may be further apart to be resolved towards the end. Such an approach generally leads to a greater understanding between parties and reduces potential conflict.”

Though Peever struck a somewhat less confrontational tone in his correspondence than Sutherland, expressing hope that a way can be found for the two negotiation teams to work together over the next six weeks, he did not deviate from CA’s insistence that talks resume based on a pay offer document offering players fixed wages over the next five years.

“While I do not agree that mediation is appropriate in the current situation, out of respect for the players the present impasse needs to be broken and a mechanism found that allows good faith talks to finally start and move forward as quickly as possible,” he wrote.

“In that spirit I suggest we instruct our respective negotiating teams to recommit to the negotiation calendar, beginning at the earliest opportunity with a full day of structured talks, without preconditions.

“The objective would be to work through CA’s proposal to identify the areas of agreement or in principle agreement, and areas of ongoing disagreement. I am confident that such an exercise would find much common ground, a way forward on outstanding issues and build momentum.”

ACA president Dyer said it was “poor form” for CA to suggest that negotiations had not yet begun when the formal process had begun as far back as last November.*

“How does CA expect to get a deal done by June 30?” Dyer said. “To make inaccurate statements about negotiations not having begun is poor form and clearly not consistent with good-faith discussions.

“To be clear, I personally met with CA back on November 11 to commence negotiations, at which time we were commended for the position that had been presented on behalf of the players. Since then, the ACA management has had over 20 hours of face-to-face meetings with CA.

“The players have categorically rejected CA’s offer given that it did not include the revenue sharing model, but its offer is all that CA wants to talk about. The current successful revenue sharing model has been presented by the ACA with a number of solutions regarding increases in grassroots cricket, flexibility in investment and sharing of risk; yet CA appears unwilling to talk about our approach.

“The ACA clearly wants to resolve a new MOU before June 30, and given the differences in both parties, mediation seems the right step.”