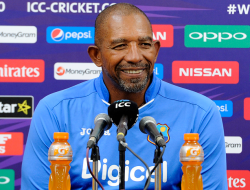 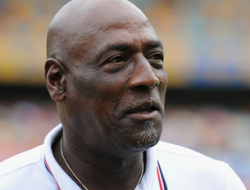 DUBAI, United Arab Emirates (CMC) — Carlos Brathwaite was voted winner of the ICC Twenty20 Performance-of-the-Year for 2016 for his magical innings that won West Indies the T20 World Cup in India earlier this year.

The West Indies Twenty20 captain copped the prize for his memorable batting in the final over of the final against arch-rivals England last April when the ICC, the sport’s world governing body, announced its annual awards yesterday.

With West Indies needing 19 off the final over, the strongly built all-rounder hit four consecutive sixes off Ben Stokes at Eden Gardens in Kolkata in one of the greatest finishes in sporting history, immediately catapulting him into stardom.

“I’m delighted, really thrilled to win an international award,” said Brathwaite. “As I said back then, it was ‘now or never’ and I just went for it.

“I always dreamt of hitting the final ball of a game for six to win it. Never in my wildest dreams could I imagine hitting four consecutive sixes to win the T20 World Cup final for the West Indies.”

Brathwaite added: “It was a memorable night for me, for the team, for West Indies cricket, and for all our fans across the world. It sealed a great day, as the women won the title earlier in the year, and a great period, as the Under-19s won the World Cup a few weeks earlier.

“I graciously accept this award. I want to thank God and I also want to say a huge thanks to my family. Special mentions go to Marlon Samuels for a fantastic knock in the Final that got us to the position where we were and all my teammates who supported me all the way.”

The performance earned West Indies their second ICC World T20 tile — the first team to win the trophy twice. The first victory came against Sri Lanka at the Premadasa Stadium in Colombo back in October 2012.

The ICC also announced that all-rounder Ravichandran Ashwin became the third India player and 12th overall to win the prestigious Garfield Sobers Trophy after being named as the ICC Cricketer-of-the-Year for 2016.