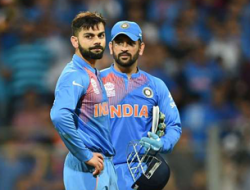 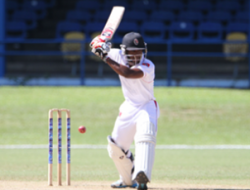 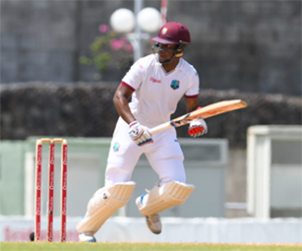 19th May 2017 Comments Off on An Ambitious Hetmyer Aims for Greatness Views: 4058 News, WIPA Releases 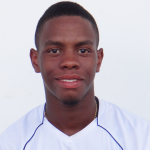 Shimron Odilon Hetmyer (‘Hettie’) was born December 26, 1996, in Cumberland, Berbice, Guyana, to Gladston Hetmyer and Ingrid Hetmyer, and is the baby among three siblings; Shonelle (38), Shonette (32), and Seon (25). Hettie credits Seon for his introduction to and love for cricket, having preceded him in representing Guyana in the Under 15 and Under 19 formats, possibly as a result of dad Gladston playing a bit of cricket as well back in the day.

The now 20-year-old started playing cricket at nine at the Rose Hall Estate Primary School and Young Warriors Cricket Club and continued his love affair with the sport throughout his time at Berbice High School. Clearly talented, and having the acumen to lead, he begun to captain the team in fourth form (10th grade) and continued to do so until he left Berbice High, playing as well in the Guyana Under 15, and Under 17 competitions.

Since high school, the focus has been cricket. Hetmyer transitioned to the Guyana Under-19 and West Indies Under-19 squads as a top order batsman and became captain of the West Indies Under-19 in his second year with the team. Sealing his part in history, the left-hand batsman led West Indies to their first Under-19 World Cup title in Bangladesh in 2016, the first of three major titles the West Indies would win that year, a stint he describes as “a great experience”. With support from the coaches and management staff along the way, Hetmyer learnt how to “captain a good team with great young players” and says, “it was a pleasure being with those guys and the management staff.” 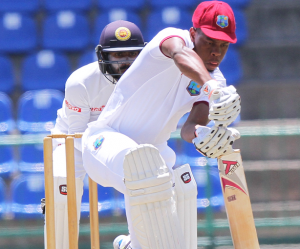 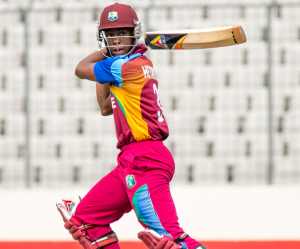 Shimron was drafted by the Guyana Jaguars to play in the first season of the current format of the West Indies Cricket Board’s (WICB) Professional Cricket League (PCL) and has been kept on board since. Three seasons in (2016/17), he ended the second highest scorer for Guyana, amassing 496 runs, and was the 10th highest scorer across all teams, playing in 8 of a possible 10 matches. In a sit down with the West Indies Players’ Association (WIPA) during the PCL, Hetmyer told us “the PCL helped (him) quite a lot,” and being “a well-run competition so far,” he “hopes it keeps going.” Frequently swinging between loving to make people laugh and being quiet, Hettie particularly “loves the camaraderie between the teams,” and believes the PCL is a “good initiative for players in the Caribbean and the young ones coming up” in that it “will help them to be better and focus more on their game.” 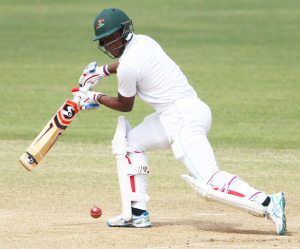 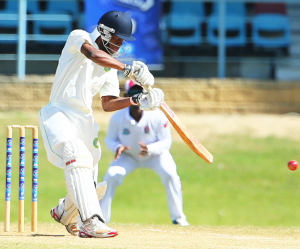 Undoubtedly, his performances this PCL season catapulted Hetmyer’s career, securing his Test debut for the West Indies senior men’s team against Pakistan in April 2017. Though his showing with the runs wasn’t great, Shimron says he has learnt from the experience and has already started to work harder. He was quick to mention, “Test cricket isn’t as easy as it looks,” and the plan is to focus more time and attention on training and fitness. 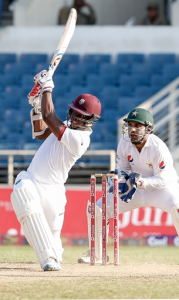 Clearly though, Hetmyer is confident, – “you have to be confident in your approach” he says, and having already attained what he thought would be his biggest accomplishment, – making the West Indies senior men’s team, the young talent has his sights set on helping the West Indies get back on top of world cricket.