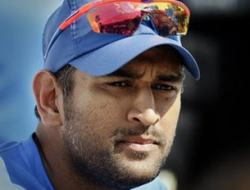 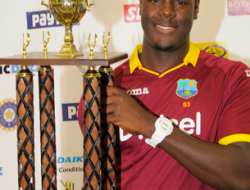 29th August 2016 Comments Off on A historic weekend that brought India to the USA Views: 1135 News

Print
India played their first games in the USA – two T20 internationals against West Indies – and the diaspora lapped it up, turning parts of Lauderhill distinctly Indian over the weekend
August 26The minute I entered Central Broward Regional Park, I knew what I’d been missing for the past year in the USA: the long queues, the over-enthusiastic fans trying to sneak into the press box so they could meet players, the emotion behind every “Sachin, Sachin.”

You can move to the US for work, you can go to innumerable baseball games to make up for not being able to watch cricket in person, but there is nothing like going berserk over Yuvraj Singh’s sixes and crying over a lost wicket. You can never leave the game behind. It’s what makes makes us who we are.

I stopped in my tracks the minute I heard my mother tongue, Tamil. Sekhar Krishnan, a BCCI cameraman, looked at me and said, “Tamizh ah? (Are you a Tamilian?).” Hugs were exchanged. Numbers were shared. It felt like he was my long lost brother. It was then that I realised how starved I was for my people – the crazy cricket fans from Tamil Nadu who welcomed everybody in and made them feel at home. He introduced me to everybody around him as his sister. I was already in his inner circle.

I talked to more than two dozen people that day, in Hindi, Telugu, Tamil and English. It felt like a reunion although it was the first time we were all gathered together for an international series featuring India in the US.

Day one ended with a trip to Hollywood, a 12-mile trek south from Lauderhill. It was my first time in Florida and Peter Della Penna, ESPNcricinfo’s USA correspondent, wanted me to eat at Mauro’s, a pizza joint he called “the best outside of New York.” The restaurant was tiny with no seating inside, strictly take-out, accepting cash only, and was tucked away between posh Thai and Italian restaurants.

The pizza slices were huge and – really good. But I was also incredibly hungry and would have found a cardboard box tasty. With two days before I head back to Washington, DC, and with two matches to cover, I knew this was the most I would see of Florida during my maiden visit.

“Why is there so much traffic on I-95,” my Uber driver wondered out loud as we were making our way from Fort Lauderdale to Central Broward Regional Park in Lauderhill. He couldn’t understand what was holding up the cars ahead on a Saturday morning. I knew the answer almost immediately: People were driving to India’s first official international match in the USA. Cars snaked down to almost a mile from the stadium two hours before the toss. People wanted to get there fast. Their adrenaline rush was palpable. As I walked into the stadium, I began to see people in India jerseys holding posters of Virat Kohli and MS Dhoni. It was like somebody had carved out Chepauk and planted it in Florida. It was like being back home. It was chaos, but it was my chaos.

When India’s national anthem played before the match began, the crowd of 15,000 sang along, myself included. It felt like home away from home.

I spent most of the first match sitting with a group of Indian and West Indian fans in the stands. Suddenly this one Indian fan directly in front of me stood up on her chair and cheered, pointing to the big screen. “That’s me. I am the fan of the day.” Surely enough, her name, “Fan of the day – Cherry Patel,” popped up on the screen, with a picture of her. She was ecstatic, pointing to her jersey and screaming at the top of her voice. She had the word “Virat” painted on her legs and she was sporting a Virat jersey. And now she was going to get a picture taken with him at the end of the match, as part of the ‘Fan of the Day’ promotion.

For the next ten minutes, she was up on her chair, cheering loudly. At one point, the whole stand started chanting “Cherry, Cherry.”

I was in her shoes a few years ago, when India played Australia in Chepauk. I screamed so much the first two days of the Test match that I lost my voice for a while.

Indian fans are crazy and they embrace it. It put a smile on my face.

I grew up in a household where family members took off work to watch India play, and this included watching pre-match analysis and post-match press conferences. Breakfast, lunch and dinner happened in front of the television and the conversations were limited to “cricket talk.” Since I was 15, all I’ve wanted was to sit in as part of the media during a press conference.

So when MS Dhoni walked in to the media room after the first T20I, it took a while to understand the magnitude of the moment.

I walked down to have breakfast on the morning of the second T20I. Having been in the US for a year, I’ve got used to noticing people of Indian origin. But I’ve never seen a room full of them: people who didn’t know each other eating their breakfast together and commenting about how India needed to have bowled better in the first ten overs of the first match.

If I hadn’t seen an American flag plonked in the corner of the room, I’d have believed that I was in India. MS Dhoni was right: Even if the team went to the Bermuda Triangle, Indian fans would follow them there.

Over the two days of cricket, there was a stark difference between the fan experience here when compared to India. While you get to eat peanuts and drink soda there, here you get to eat chips and drink beer. Fans jumped at the opportunity to relax and drink beers with their friends and family. The cheers got steadily louder as the day progressed, thanks to the alcohol.

This aspect made it seem like a cross between baseball and cricket: beer seems to be one of the main reasons fans trek to baseball games.

The extent to which Indian fans love their team: players’ wives are part of their family. So when Sakshi Dhoni made her way to the VIP area above the press box, the fans were overjoyed. They stood against the railings that separated their part of the stand from the press box, phone in hand, trying to take a good picture of her.

It something every Indian cricketer comes to accept – what he does is no longer just his business. It’s the country’s business.

After close to an hour and a half after the rain ended, the second match was officially called off – the outfield was too wet for play. Despite the washout, August 27 and 28 was a historic weekend: India’s first official series in the USA. And the fans seemed to walk out of Central Broward Regional Park satisfied.

Peter generously offered to give me a ride to the airport, and on the way we stopped at Fort Lauderdale Beach. The rain had stopped by then. The clear blue sky, the breaking waves, the tall coconut trees and the Sunday afternoon beachgoers made my visit to Florida complete. It lived up to all the hype that beaches here get. I also learned that Fort Lauderdale Beach was Spring Break central in the 1960s and 70s, before the crowd moved to Miami’s South Beach.

Aishwarya Kumar is a freelance journalist based in Washington, DC