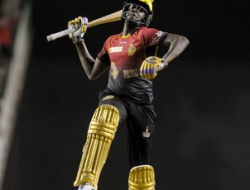 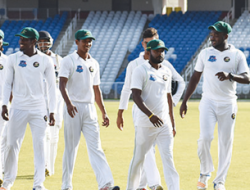 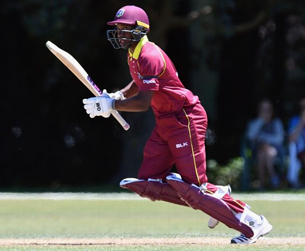 Batting first, Ireland’s Mark Donegan and captain Harry Tector held the top-order together, making scores of 38 and 69 respectively, but it was Neil Rock at No. 6, who steered Ireland towards a 270-plus score with 91 off 101 balls.

West Indies started their chase with a substantial opening partnership of 75 between Yadram (52 off 48 balls) and Kimani Melius, before Morgan Topping removed the former in the 13th over. West Indies then slipped to 103 for 9 before Stewart and Kallicharan added 62 runs for the fourth wicket, the partnership broken by a run-out.

When Kallicharan fell to Tector for 46 in the 39th over, West Indies still needed 85 to win. But Young made his way to the crease and finished the chase within the next 10 overs, slamming eight fours and a six during to his half-century.