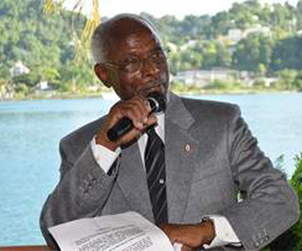 Hugh Barrington Deswick Perry, a son of the parish of Portland, served as President of the Portland Cricket Association, the Portland Football Association, and sat on several other boards spanning education, health, business and sport in the parish and across the country. Hugh Perry was bestowed the Order of Distinction in the rank of Officer (OD) by the Government of Jamaica in 2019 for “outstanding contribution to sport development, in particular Cricket and Football.”

WIPA President and CEO, Wavell Hinds expressed “Portland and Jamaica Cricket have lost a stalwart. Mr. Perry consumed his life with cricket and football for more than four decades, with an unquestionable commitment to his parish and country. His departure from this life will certainly create a vacancy that will not be readily filled. I want to, on behalf of the entire WIPA family, wish his family, friends and sport fraternities our heartfelt condolences, and may his soul rest in peace and light perpetually shine upon him.”

Mr. Perry was 80 years old at the time of his passing.