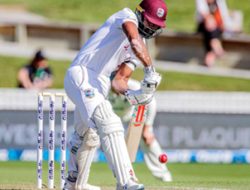 The Order of the Caribbean Community is an award given to “Caribbean nationals whose legacy in the economic, political, social and cultural metamorphoses of Caribbean society is phenomenal.”

Sir Isaac Vivian Alexander Richards is a national hero of Antigua and Barbuda, born on March 7, 1952. Sir Viv is one of the world’s most successful cricketers with 8540 Test runs, including 24 centuries, and 6721 One Day International (ODI) runs, including 11 centuries. Sir Viv also remains the only West Indies captain to have never lost a Test series.

WIPA President and CEO, Wavell Hinds, expressed, “Congratulations to Sir Vivian Richards on this recognition. Your contribution to cricket and the Caribbean is outstanding and well-deserving of this notable honour.”