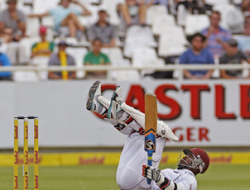 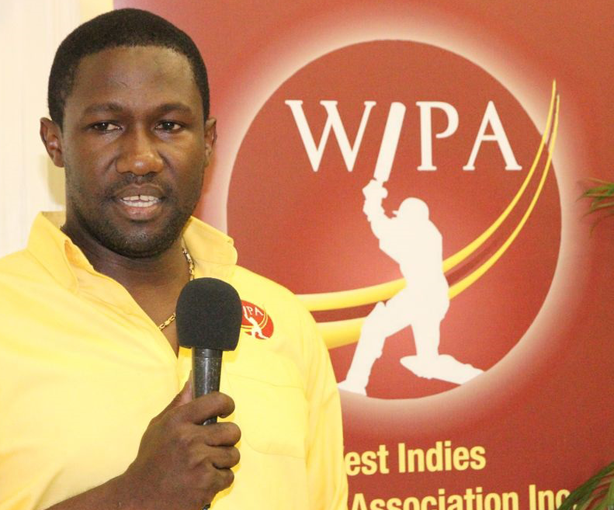 1st July 2015 Comments Off on WIPA boss says union has made good strides, though more needs to be done Views: 1824 News

WIPA boss says union has made good strides, though more needs to be done

WAVELL Hinds, the president and chief executive officer of the West Indies Players’ Association (WIPA), says the 42-year-old organisation has “made good strides” over the years in ensuring the welfare of regional cricketers.

WIPA was heavily involved in the inauguration of the Professional Cricket League (PCL) four-day competition last season. Under that franchise system, 15 players are contracted to each of the six teams and have access to coaching and to training facilities throughout much of the year.

That is in addition to the 15 regional team players who are contracted on a yearly basis.

“WIPA has made good strides over the years,” said Hinds as he sat down with the Jamaica Observer recently inside the WIPA office at Sabina Park.

“We have made transition beyond belief,” he continued.

The players’ union rolled out a number of initiatives and programmes last year.

Hinds’ team organised and administered player development and welfare workshops which centred on aspects such as match fixing, anti-doping, personal health, professionalism and life after cricket.

Despite the improvements, Hinds said communication, among other issues, remains a challenge.

“We need to improve the structures of West Indies cricket. How we communicate is one way we can improve big time. And that’s between all parties, including WICB (West Indies Cricket Board), WIPA, players and territorial boards. There have been improvements, but we just have to make sure we are singing from one hymn book,” explained Hinds.

The WIPA CEO declined to comment on the apparent breakdown in communication surrounding a pay dispute which led to the West Indies cricket team’s withdrawal from the tour of India late last year.

He also did not delve into how fences are to be mended with several senior players over the fallout.

Hinds preferred to focus on the progress made by WIPA.

“We’ve implemented MOUs [memorandums of understandings] and CBAs [collective bargaining agreements] over the years and we have instituted minimum standards and all those things.

“We’re still in that process of improving and we want to just continue the work of the previous administrators who have done a fantastic job. We are restructuring our staff to support those policies that we want to execute and carry out,” said the WIPA head.

A former West Indies batsman, Hinds has been a part of WIPA’s executive since 2002, initially serving as treasurer, and then as vice-president under the leadership of Dinanath Ramnarine.

WIPA’s mandate includes assessment of players’ contracts, ensure minimum standards are met by the WICB in terms of match venues, flight arrangement and hotel accommodation. The union also monitors the implementation of insurance and health plans and ensures that injured players are properly treated.

Last year, a Level One Coaching Course saw 15 Jamaican cricketers receiving certification in coaching; player profiles were developed for each player in every territory; an MOU with GC Foster College in Jamaica to help provide educational support; and workshops were organised to educate on ‘The History of West Indies Cricket’.

WIPA and the WICB have historically not always seen eye to eye. But Hinds and current WICB boss Whycliffe ‘Dave’ Cameron — both Jamaicans — appear to have similar views on the direction they want to take West Indies cricket.

The two have stood in solidarity throughout the India crisis.

For a third straight year, the annual awards ceremony was jointly staged by the WICB and WIPA to recognise outstanding players’ achievements. It was held on June 9 in Jamaica.

“It [the show of unity] brings stability for the running of business. And sometimes West Indies cricket is split between those two,” said Hinds.

“We are trying to improve relations with the WICB since we are about the same business in getting cricket to move forward and to galvanise support, not just from the fans, but from the corporate entities, both regionally and internationally,” he added.