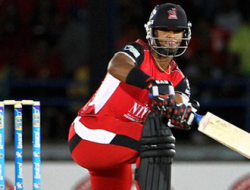 “We need to be consistent and learn how to take ownership of the game,” the skipper told reporters yesterday after an eight- wicket defeat in the final Test at Newlands and a 2-0 loss in the series.

“We need to learn to get ourselves into winning positions. We have young players who did well and can hopefully take a lot of experience from the series and learn from the South Africans how to go about it.”

“They all had the opportunity to carry through a bit better with bat and ball but we were playing against the number one side in the world and we are just eight in the rankings. They never gave us much chance,” he said.

Ramdin took over as captain last year in what proved a near disastrous time for the Test game in the Caribbean when their tour of India in October was called off as the team refused to play on in a conflict with their own board over contracts.

The West Indies Cricket Board (WICB) is facing a potentially crippling claim for $42.9 million from its Indian counterpart.

The team is still without a permanent coach as they face further examination of their potential to revive past glories in home Test series against England and Australia.