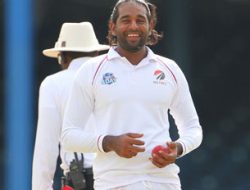 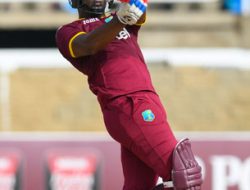 LONDON – West Indies can close the gap on eighth-ranked Sri Lanka, when they face New Zealand in a three-match One-Day International series bowling off in Whangarei tomorrow.

In the latest rankings released Monday by the International Cricket Council, the Windies were ninth on 77 points, seven ratings points adrift of the Sri Lankans.

If West Indies sweep the series against the fifth-ranked Black Caps, they will move up six points to 83, just one point behind Sri Lanka. A 2-1 series win would hand them three points and see them jump to 80 points.

However, if the Windies lose 2-1 they will gain a single ratings point and drop a point if they lose the series 3-0.

The Caribbean side will fancy their chances against New Zealand, especially with a side that boasts the likes of experienced left-hander Chris Gayle.

In their last 20 meetings in bilateral series, New Zealand have won nine and the Windies eight. The last series on New Zealand soil ended in a 2-2 draw, after one game was abandoned.

West Indies has had a disappointing run off recent in ODIs, however, losing 13 of their 20 outings this year, while winning just three.

Their 4-0 defeat to England in a five-match series last September saw them miss out on automatic qualification for the 2019 World Cup, as they finished outside of the top eight in the rankings.

Hosts England, along with the next seven nations in the rankings, achieved automatic qualification.

West Indies will now contest a 10-team qualifier next March in Zimbabwe to bid for one of the two remaining spots at the World Cup.