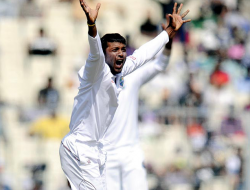 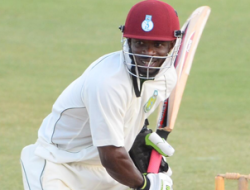 ST JOHN’S, Antigua (CMC):For the first time since the ill-fated tour of India last month, a West Indies squad left the Caribbean for an international assignment, when the Test team headed off to South Africa yesterday.

Groups of players departed from St Lucia, Barbados and Jamaica yesterday evening and will assemble in London today, before flying on to Johannesburg at 9 p.m.

Left-arm seamer Sheldon Cottrell will join the squad next week following the conclusion of the third round of matches in the West Indies Cricket Board (WICB) Professional Cricket League. He was asked by selectors to stay behind and represent Jamaica Franchise in order to prove his match readiness.

The tour, which was shrouded in doubt following the controversial decision by players to abandon the one-day tour of India, will see West Indies contest three Tests against the world number one-ranked Proteas.

Significantly, the 15-man Windies squad includes seven of those players who walked off the tour, and all eyes will be on team chemistry in light of the recent fractious developments.

There had been speculation ahead of the squad’s selection that those players involved in the abandonment would be sacked. However, in announcing the squad, chief selector Clive Lloyd reiterated the selectors’ commitment to always choose the best team available.

The WICB also came under pressure from St Vincent and the Grenadines Prime Minister Dr Ralph Gonsalves, who sought and gained assurances that the players would not face censure because of their actions. Gonsalves was at the centre of negotiations between the WICB, the West Indies Players Association (WIPA) and the players, as the abandoned tour mushroomed into a full-blown crisis.

The confusion erupted after the one-day team on tour of India claimed that the changes in their tour contracts would result in a significant reduction in their earnings. With one-day captain Dwayne Bravo as their spokesman, the players lobbied WIPA and the WICB for a change to the contracts, without success. With no resolution in sight, the players quit the tour following the fourth one-day international in Dharamsala, with the fifth match remaining in Kolkata, and the one-off Twenty20 International scheduled for Cuttack.

The decision by the players forced the WICB to cancel the subsequent three-Test tour, a move which infuriated the Indian Cricket Board (BCCI) and saw them slap the regional board with a US$42 million claim for losses incurred. Also, the BCCI suspended all bilateral relations with the WICB.

However, the WICB announced recently that negotiations were under way with the BCCI for an amicable end to the impasse, and its president, Dave Cameron, had discussions with BCCI officials at an International Cricket Council meeting in Dubai recently.

West Indies will be led by Denesh Ramdin and includes veteran opener Chris Gayle, who missed the tour of India through injury.

West Indies are due to have their first major training session next Thursday before playing a three-day practice game in Benoni starting on December 10th.

The first Test bowls off on December 17th at Centurion.