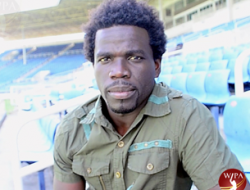 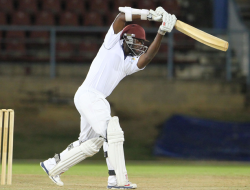 The matches are just days away – with the opening match at the picturesque Sir Vivian Richards Cricket Ground on Friday, March 3. The second match will be at the same venue on Sunday, March 5 with the final game at the historic Kensington Oval in Barbados on Thursday, March 9.

The WICB has set aside an additional 3,000 ground tickets for the local patrons in Antigua a cost of just EC$50 (approximately US$18.50) – half the original price.

At Kensington Oval, the first 1,000 tickets sold in the Greenidge & Haynes lower stand will cost just BDS$75 (approximately US$37.50) – half the original price.

Adults can also purchase children’s ticket (12 years and under) for all three games at an additional 50 percent off the new price.

Fans looking to take advantage of this special offer will need to provide a national ID and there is a limit of two tickets per person and these MUST be purchased at the ticket offices – to the east of the Antigua Recreational Ground and at Kensington Oval.

“With a large number of travelling England fans attending the series, we expect all three matches to be sold out,” said Johnny Grave, Chief Executive Officer of WICB.

“We are keen to have as many West Indian fans as possible in attendance, so we have set aside these tickets for local fans at special discounted prices. We want to urge them to come out, throw their full support behind our players and ensure that each match has a real Caribbean atmosphere.”