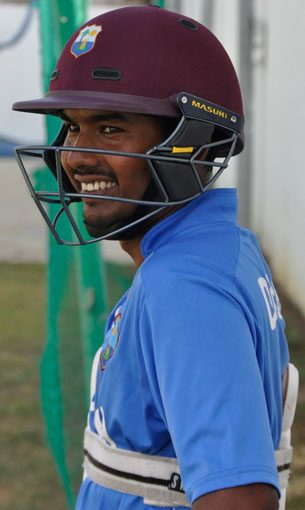 West Indies appear to be a popular side to plan a swansong against. Less than four years on from the two-Test series they played in India – more famous for being Sachin Tendulkar’s last series than anything else – Pakistan’s Misbah-ul-Haq and Younis Khan have decided they, too, will bid farewell to international cricket once the upcoming three Tests against Jason Holder’s men are concluded.

As such, the focus is largely on the visiting side, and the statistical minutiae of what the pair might be able to do over these three games. When will Younis complete 10,000 Test runs? Will Misbah finally reverse a trend that has seen Pakistan lose six Test matches in a row, a run that began against these very opponents in Sharjah last year? Will Pakistan finally win their maiden Test series in the Caribbean? Heck, will Younis stick to his retirement decision this time?

There isn’t any such context or grand meaning to the West Indies angle. At best, they can build on a somewhat encouraging performance during the ODIs, and their younger players can polish their credentials in the longest format of the game. A series win would mark their seemingly umpteenth turnaround, a word that apparently so frustrates West Indies cricket fans Fazeer Mohammed said it had been banned right across the Caribbean.

However, what has quietly gone unnoticed while everyone vies for the most melancholic tribute to Misbah and Younis is that a decidedly second-string West Indies side dominated Pakistan during a three-day tour match. The retiring duo combined for 15 runs, while Pakistan’s spin king Yasir Shah registered figures of 53-3-189-3 across both innings. The West Indies President’s XI took a lead of 227 runs and came away with a fair degree more credibility than the international opposition.

Kieran Powell looked like one of West Indies’ brightest prospects when, at 22, he scored two hundreds in a Test against Bangladesh, helping his team to victory. However, he followed that with 16 innings without a half-century, and was dropped from the Test side in June 2014. He looks set to return to the fold for the first Test after a strong showing in the tour game, scoring 58 and an unbeaten 84, and could be a real asset for the hosts at the top of the order if he has managed to regain some of the form he found early on in his career.

41.60. That is what Mohammad Amir has averaged in Test cricket since his return from his five-year ban in 2016. The format that Amir called his “real comeback” back in July last year has not been as kind to him as it was to the teenage boy whose first dalliances with Tests were both mesmeric and exhilarating. Ever since his return, the format has rejected his overtures, even as it has become apparent he is trying very hard (and fielders dropping simple catches doesn’t help). Some have begun calling for him to be dumped but for the moment, he is stringing along, feeling he has to fulfil his potential, as well as live up to the romanticised memories people carry of him ripping shreds off Australia and England’s batting line-ups seven years ago.

West Indies have recalled Powell for the first Test, while newcomers Shimron Hetmyer and Vishaul Singh could make their debuts in a reshaped top order on the back of strong performances during the tour game. Shannon Gabriel, who struggled with a hamstring injury towards the end of the ODI series, is fit.

Hasan Ali will miss the first Test with a groin injury, although he is understood to be recovering well, and expected to play a part later on in the series. Left-arm spinner Mohammad Asghar could potentially make his debut, which would see him become the first player from Balochistan – Pakistan’s largest province by area – play Test cricket for his country.

Rain is expected across all five days of the Test. The Sabina Park surface has been relaid of late to enable it to become harder and faster, but the pitch has been slower over the last two decades or so.

“It’s interesting, obviously quite a bit of moisture there in the surface. There’s a bit of grass cover there as well so I think there should be something in maybe the first hour of play for the faster bowlers.”
West Indies captain Jason Holder hints at what could be a testing session for whoever bats first