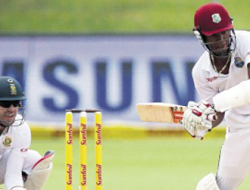 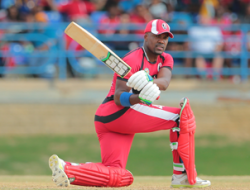 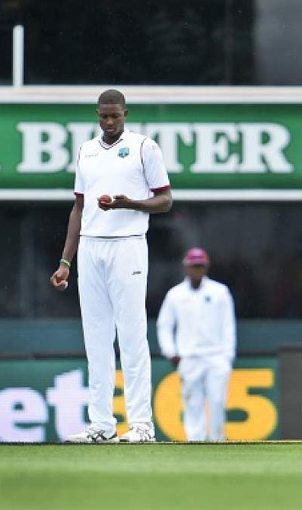 ‘We’re just one good day away from a turnaround’ – Holder

Jason Holder looks, acts and speaks like a captain. He is thoughtful about the game, firm in his own opinions, and speaks his mind. He is only 24, but he pulls his players into line when necessary. He also has the potential to be the most important player in the West Indies line-up: he has played only 11 Tests, but already has a Test century and two fifties to his name, and offers consistency with the ball if not bags of wickets.

But it is a hard road ahead for Holder, who so far has captained his team in three Tests for three losses. In those matches, he himself has taken just three wickets at 47.33 and scored 97 runs at 16.16. But those Tests have all been away from home in challenging conditions, in Sri Lanka and then Hobart. There had been glimpses of promise from his team during those Tests, but the challenge is to create more than just glimpses.

“It’s not a burden, I’m enjoying the challenge,” Holder said of the captaincy, ahead of the Boxing Day Test in Melbourne. “It’ll take time before we get the results we’re looking for. We need to build and keep building. We need to put something on the table that we can build on. At the present time we’ve been fluctuating with a good performance here and then a bad performance there.

“It’s never been something that we can just make a steady progression forward with. That’s the main thing for me. We need to understand the position we’re in. We have a very young side, very inexperienced, and we have some guys that we need to build a core of players around. Once we understand that it’s easier to move forward.”

The three-day defeat in Hobart could have the potential to crush the confidence of the young West Indies side, but Darren Bravo’s first-innings 108 and Kraigg Brathwaite’s 94 in the second innings showed that their batsmen are capable of troubling Australia’s bowlers. Putting it all together in one performance is the task for Holder and his men.

“For me personally I’m always upbeat,” Holder said. “I think we’re just one good performance from turning things around. That’s the way we have to look at it. We can’t be negative all the time, we just have to find ways to pick ourselves up. We’re just one good day from a turnaround and that’s the way I’m taking it going forward.”

While the lack of batting support for Bravo and Brathwaite in Hobart was a major issue, the lack of incision from the bowling attack after the first session of the Test – in which they claimed three wickets – set the tone for the match. Jerome Taylor and Kemar Roach in particular are experienced fast men with the skills and pace to do some damage in the Australian conditions, but nobody was able to stop the 449-run partnership between Adam Voges and Shaun Marsh.

“I wouldn’t say we let them off the hook,” Holder said. “I thought we bowled reasonably well to Shaun Marsh up front but Voges was scoring pretty freely at the other end and that took a lot of pressure off of him. If we could be a lot more disciplined when we get new batsmen to the crease, especially those kinds of positions, then we’d be a lot better off. We have to be a lot more disciplined than we were in that first Test match.

“We had a bad game. If you look at our performances for the last couple of months our bowlers have been pulling us through. They’ve been bowling well up to that point. All throughout in the Caribbean we played Australia and England, then we went to Sri Lanka and they did really well there as well. I just put it down hopefully to one bad Test match and hopefully we can pull our socks up.”

While legspinner Devendra Bishoo might come into contention at the MCG after Jomel Warrican was used in Hobart, one forced change will be made to the pace attack after Shannon Gabriel flew home with an ankle injury. Allrounder Carlos Brathwaite is favoured to make his Test debut ahead of fast bowler Miguel Cummins, who only joined the squad as a replacement for Gabriel.

“We’ve got to look at everything,” Holder said. “Carlos is an allrounder, Miguel is just an out-and-out fast bowler. Carlos has been in the squad for a little while now and he’s waiting for his opportunity, so he’s pretty much front line to go ahead of Miguel. But we’ll see how the conditions are tomorrow.”