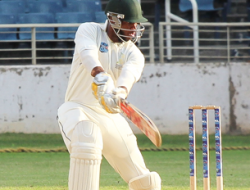 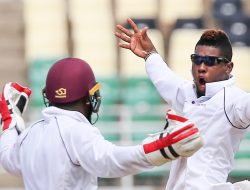 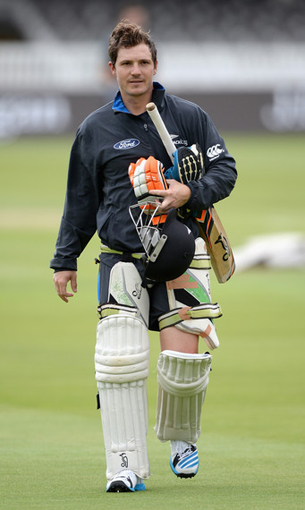 15th November 2017 Comments Off on Watling a doubtful starter for first Test against Windies Views: 879 News

Print
New Zealand wicketkeeper BJ Watling runs the risk of missing the first Test against Windies, starting December 1 at Wellington. Watling had sustained a hip injury while warming up for his side Northern Knights’ opening game against the Central Stags in the Plunket Shield 2017-18, and ended up sitting out of the next two games.
Watling will only participate as a batsman in the next domestic game against Auckland starting on Wednesday (November 15).
“He’s going well but he’s still a bit problematic with his hip. He’s been through the normal testing and is still feeling it just a bit,” selector Garvin Larsen said.
The next round of Plunket Shield game against Otago, starting next week, is set to be a virtual fitness test for the wicketkeeper.
“It’s precautionary at this stage; he’ll bat in this game [this week] and we’re very hopeful he can wear the gloves in the round five Plunket Shield game. He’ll need to keep, most importantly for his own peace of mind and confidence,” Larsen said.
Doubts over Watling’s participation means that 27-year-old Tom Blundell will be in contention for a Test debut at his home ground.
Larsen said that they will be having “a really good look” at Blundell when he dons the keeping gloves for Wellington against Cantebury this week and then again in the three-day warm-up against Windies that starts on November 25.
Rest of the squad
New Zealand have stuck to the team that fared well against South Africa even in a 1-0 series loss. Colin de Grandhomme keeps his place as the seam-bowling all-rounder to support the pace troika of Tim Southee, Trent Boult and Neil Wagner. Matt Henry, who had a good county season, is set to be the backup pace bowler, and will get a greater chance at staking a claim during the warm-up game against Windies.
There is a player set to be added to the 12-man squad after the warm-up game at Lincoln.
New Zealand Test squad: Kane Williamson (captain), Tom Latham, Jeet Raval, Ross Taylor, Henry Nicholls, BJ Watling, Mitchell Santner, Colin de Grandhomme, Tim Southee, Neil Wagner, Trent Boult, Matt Henry.
New Zealand A squad: Martin Guptill (captain), Jeet Raval, George Worker, Neil Broom, Colin Munro, Tom Bruce, Tom Blundell, Todd Astle, Scott Kuggeleijn, Adam Milne, Lockie Ferguson.