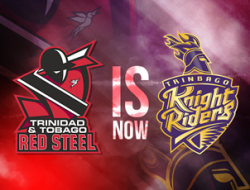 Caribbean Premier League officials have announced that the league will stage six games in the United States in the 2016 season after receiving approval from the ICC. Though no cities or venues were mentioned by the CPL, multiple sources have told ESPNcricinfo that the Central Broward Regional Park in Lauderhill, Florida will be hosting some if not all of the games.

A stadium official at the Central Broward Regional Park confirmed to ESPNcricinfo on Wednesday that the facility had been blocked off for use by the CPL from July 17-31. The CPL matches will be the first revenue-generating cricket matches at the $70 million facility since West Indies played host to two Twenty20 internationals against New Zealand in June 2012.

“This project has been in discussion for many months and we are grateful to the ICC for supporting this move which enables us to step up our planning and open up opportunities for the cricket-hungry American public,” CPL chief executive Damien O’Donohoe said. O’Donohoe first told ESPNcricinfo at the conclusion of the 2014 season that he was keen to explore matches in the USA and Wednesday’s announcement made that a reality.

“The CPL has already had a positive impact in the Caribbean and we are excited about bringing top quality cricket to the USA. We are committed to developing the next generation of cricketers and we believe that by exposing the best talent from across the Caribbean and the Americas region in the CPL, we can inspire a new generation of cricketers in the USA.”

Though the ICC Americas Division One T20 championship was held at the newly-opened Indianapolis World Sports Park in 2015, Lauderhill’s CBRP remains USA’s only ICC ODI-certified venue. It is also the only purpose-built cricket venue with the requisite infrastructure in place – TV broadcast facilities, locker rooms, food concession stands and parking lots – to be able to host the matches.

From a geographic and demographics standpoint, the CBRP is also far more appealing for the CPL than hosting games in Indianapolis or Los Angeles as south Florida boasts a West Indian expat population in excess of 200,000. Lauderhill Mayor Richard J Kaplan told ESPNcricinfo that he was thrilled at the announcement and hoped that it will pave the way for more high-level cricket to return to the facility, which opened in 2008.

“The stadium will go back to being used in a way that we initially started using it for,” Kaplan said. “A variety of international games are important to us and I believe that’s what is going to happen. There has been an expression of interest by several international teams to play in the United States and we have the facility in which they can do that.”

“I think it’s what we’ve been all looking forward to and hoping for. We hope to make this not just a single one-year thing but to make it a long-term arrangement so that it will be an annual event. I think it will be very popular and they have a natural audience to come here and see the game.”

Though Kaplan would not divulge which teams have expressed interest, Cricket Australia chief executive James Sutherland stated in November that playing limited-overs matches in the USA was an option he was pursuing for Australia. They are scheduled to tour the region in June for a limited-overs tri-series involving West Indies and South Africa, thus making the logistics for a Twenty20 series in Florida more feasible.

Kaplan heaped praise on the ICC for taking the decision in June 2015 to suspend the USA Cricket Association and stripping them of sanctioning authority for matches in the country. Kaplan told ESPNcricinfo in 2014 that the city tried to sign an agreement to hold CPL matches in Lauderhill that summer, as well as Twenty20 matches between Pakistan and West Indies in 2013, but negotiations fell apart when approval from USACA was denied. That road block no longer exists.

“This result is not surprising once people that are really and truly interested in developing cricket are allowed to do so,” Kaplan said. “It took an act of the ICC to suspend USACA [in order to allow] what should have been happening all along and it’s a very positive development. As long as we can continue having people that want this type of activity to go forward, and don’t put up impediments to it, I believe that we’re going to be able to have further development with more games.

“You’ve got to give a lot of credit to the ICC for taking the position that it did because without it, this would not be happening. There should hopefully be some future announcements as well. Now it’s just a matter of sorting out the contracts and scheduling. We don’t have the prior problem of someone saying, ‘No, we’re not going to let you do it.’ Now it’s more, ‘We want to do it and let’s see how we’re going to get it done.’ People who are very into cricket are going to be very happy about it.”