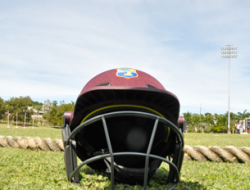 Jimmy Adams, the newly appointed director of cricket for West Indies, wants to create a structure that will feed, sustain and guarantee not just success, but also a certain standard of cricket all through. According to Adams, the former West Indies captain and wicketkeeper, having a competitive domestic structure will not only groom young talent, but also not allow international players to “relax”.

Adams said he was in no rush to achieve this. First, he said, he wanted to sit down and discuss his vision with the WICB’s new CEO, John Gray, who takes over from February, as well as the future head coach, a position that has been lying vacant since the board removed Phil Simmons last September.

“I don’t want to say anything premature,” Adams told Line and Length Network, a Barbados-based TV station, in Antigua earlier this week. “Ultimately we want success. We want a structure that guarantees a certain standard of cricket even if you are not winning every day. But you know with what we have, from grassroots to youth cricket to first-class structure, you know the standard will be within a certain range. In terms of sustainability, that becomes critical. We want to see the first team, men’s and women’s, winning, but I would also like to underpin that with a structure that would guarantee a certain standard of cricket going forward.”

Adams, who joined Kent in 2012 as head coach, left the county last October. He said he saw similarities in the challenges at Kent and in the Caribbean, especially in the lack of resources. “There are certain similarities with cricket in the Caribbean. We have challenges with resources here that tend to affect almost every decision we make, and trying to find the best way to hurdle those challenges and have the mindset that you can make it enough with whatever you have to create a quality cricket team.”

Of the many challenges in front of Adams, one of the bigger ones would be sorting out the damaged relations between the WICB and some of the senior West Indies players who do not play in the domestic tournaments. One of the controversial decisions taken by his predecessor, Richard Pybus, was making it mandatory for all players to play in the domestic tournaments in order for them to be selected for West Indies. Many senior players have objected to that measure and have declined WICB contracts.

Adams, who is also the outgoing president of the Federation of International Cricketers Association (FICA), did not reveal whether he subscribed to such a decision, but disagreed with the view that such players had “abandoned” domestic cricket. “I don’t think anybody has abandoned anything. I think everyone’s individual circumstances are different and I respect decisions people make. It’s not an exact formula, but at the end of the day, you want to see the strongest possible competition in terms of players’ development. If you can do that, it is the last building block before we take players to the international level, in terms of the upward movement. For those who are already playing international cricket, a strong domestic structure ensures there is no time to relax, which I think is a good thing.”

Adams did point out that at all times he would like to see the best players contest in the regional competitions. “Part of a strong domestic league is having the best players available. However you look at it, you are always looking to get the best players in a competition to guarantee standards. From that point, it’s good to have a regional tournament. A dedicated block of time for a 50-overs tournament is critical, since preparation process can flow into tournament play, which is very important. I wasn’t of a fan of one-day cricket on a Wednesday and four-day cricket on a Friday, but if guys can dedicate a block of time specifically for 50-overs, T20 and four-day cricket, that’s the best approach possible.”

Adams said his vision was a shared one: to make West Indies competitive once again. That, he said, was the main reason he returned home from Kent. “I share a common vision, not just with the people I’m employed to but also the people of the Caribbean. We’d like to see West Indies cricket strong again. I know we have been through some lean years. To share the vision – good competitive cricket coming out of West Indies – is something we all want to see and hopefully I can play some role in helping the region to achieve that.”