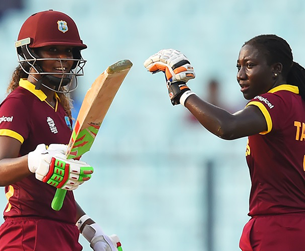 ST JOHN’S, Antigua – West Indies Women’s team will have a two-week camp in England as part of their preparation for the International Cricket Council’s Women’s World Cup later this year.The Windies are the most improved team in women’s cricket and will look to add the 50-over title to the ICC World T20 title they won at Eden Gardens in Kolkata, in April, 2016.
They were runners-up when the 50-over World Cup was played in Mumbai, India four years ago.
West Indies secured one of four automatic qualification spots for the eight-team tournament, which starts on June 26 and runs until July 23, with the final at Lord’s.
Bristol and Derby will host the semi-finals while Leicester and Taunton are the other venues.
The others automatic qualifiers for the World Cup are: Australia, England and New Zealand. The final four teams will be decided after the ICC Qualifiers tournament in February in Sri Lanka.
Josina Luke, the WICB’s Project Officer, Women’s cricket, outlined the details behind the camp and the team’s preparation for the World Cup.
“We made arrangements for the team to assemble in England in early June for their camp ahead of the World Cup. We want to offer them all the support we can as we look to add the 50-over title to the T20 title,” Luke said.
“This should provide them with ideal preparation as they get acclimatised to the conditions and look to win another major international title.
“The team has improved a lot since the last World Cup in India, when they reached their first international final. We are good contenders to win this time around.”