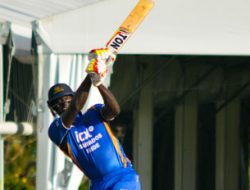 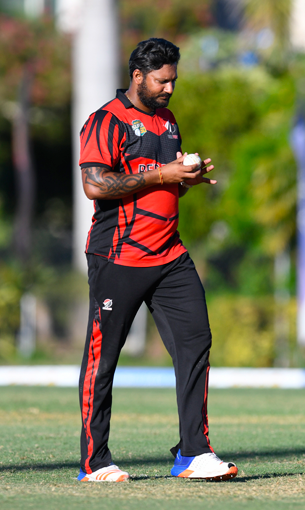 Trinidad & Tobago top Group A with win over Leeward Islands

Trinidad & Tobago beat Leeward Islands for the second time in round-robin play, handing the host side a five-wicket loss at Coolidge on Sunday in a match that decided first place in Group A. T&T will now face Jamaica in the first semi-final on Wednesday while Leewards have to go up against Group B winner Barbados on Thursday to decide the other finalist.

Leewards were bowled out for 189 in 48.1 overs after choosing to bat first. Their batting struggle was set in motion almost from the start when captain Kieran Powell, who entered the game as the tournament’s leading scorer with 509 runs, suffered his first failure of the tournament when he was caught behind off Shannon Gabriel for 1 in the third over. Gabriel wound up taking two more to finish with 3 for 40 while fellow medium pacer Ravi Rampaul took 3 for 27 from his ten overs to keep Leewards tied down. Five batsmen crossed 20 for Leewards but none made more than Jermaine Otto’s 38.

Evin Lewis got the T&T chase off to a typically aggressive start, top-scoring with 47 off 23 balls, dominating a 57-run opening stand with Kyle Hope that spanned 7.4 overs. Lewis fell to Rahkeem Cornwall, who did his best to slow T&T’s victory charge by taking 3 for 40 in ten overs but Denesh Ramdin (31*) and Imran Khan (38*) produced an unbeaten 54-run stand for the sixth wicket to take T&T to the target in just 34.1 overs.

Kent scored their third win of the tournament, signing off the Regional Super50 with a six-wicket win over West Indies Under-19 at North Sound. West Indies battled through their 50 overs to post 191 for 8 but Kent managed to haul it down with 5.1 overs to spare.

West Indies were 20 for 4 inside of eight overs after choosing to bat first thanks to three wickets from Calum Haggett‘s opening spell. Captain Kirstan Kallicharan did the lion’s share of the work to rebuild the innings coming in at No. 6 and wound up facing more than a third of the deliveries in the innings to grind out 47 off 110 balls. He added 63 for the fifth wicket with Shamar Springer to repair the early damage done by Haggett and lasted until the 44th over before Keemo Paul took over and produced a furious finish to the innings, hitting six sixes in his 72 off 57 balls before falling on the final ball of the innings.

Kent’s reply got off to an assured start thanks to a 50-run opening stand between Daniel Bell-Drummond and Adam Ball. The run rate slowed after the Powerplay though and by the 18th over it was 64 for 2 with two new batsmen at the crease. Sean Dickson and Adam Rouse kept the junior bowling attack at bay with a 104-run third-wicket stand to steer Kent towards the target. Dickson made 53 before he fell in the 43rd over with 24 left to win and ended as Kent’s leading scorer at the tournament with 202 runs. Rouse was able to stay at the crease until the end, finishing 61 not out off 105 balls to ensure Kent would leave Antigua on a winning note.