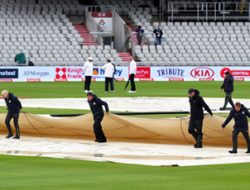 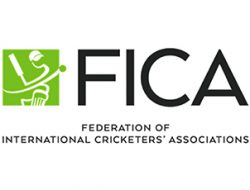 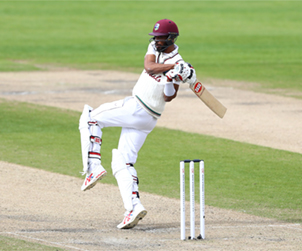 West Indies were bowled out 129 on the final day as England won the third Test by to 269 runs at Emirates Old Trafford on Tuesday afternoon. Starting the day at 10-2, the visitors were dismissed ahead of the tea break. England won the series 2-1 to regain the Wisden Trophy, which will now be retired and replaced with the Richards-Botham Trophy for future Test series in honour of Sir Vivian Richards and Sir Ian Botham.

Shai Hope topscored with 31 off 38 balls with six boundaries, while Jermaine Blackwood held firm for over an hour to make 23 before he was last man out.

Chris Woakes (5-50) took England to the brink, with Shane Dowrich (8) and Rahkeem Cornwall (2) both out leg before, and Stuart Broad then removed Blackwood for to cap his history-making Test with a 501st wicket. Earlier in the day, Broad became the second Englishman and seventh bowler overall to the reach the elite club of 500 wickets when he trapped Kraigg Brathwaite for 19.

West Indies took the lead in the three-match series with a major performance to win by four wickets in the first match at The Ageas Bowl in Southampton. England rebounded to win by 113 runs in the second match.

Jason Holder, West Indies captain said: “We didn’t get the runs we were looking for. The wickets here were good enough to put up bigger scores. Many guys got starts and we didn’t kick on. Our bowlers tried in the conditions, and I must commend them for the efforts. We won the first Test match with our best team … and wanted to clinch the series in the second match. It was a blessing to come here and get some cricket.”

Roston Chase was named West Indies Player-Of-The-Series. He made 157 runs and took 10 wickets and also had a crucial run out with a direct hit to dismiss Joe Root in the first innings on the first morning of the final Test.

“One of my ambitions was to get that triple figure score. I felt comfortable at the crease throughout the series, I was moving well. I still thought I had it in me to get really big scores, but it didn’t work out. I’ve been playing the main spinner role, I’m quite confident in my bowling. I’ve worked a lot on my control and I understand my role.”