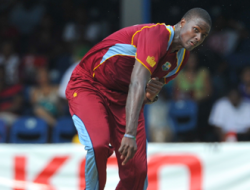 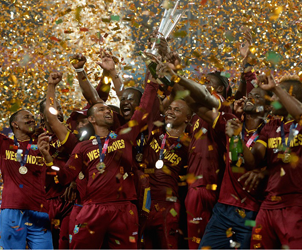 Jeff Dujon, the former West Indies wicketkeeper, has said it would be a “terrible embarrassment” if West Indies were unable to qualify automatically for the 2019 World Cup.

West Indies are currently jostling with Pakistan for the final automatic qualification spot in the one-day rankings ahead of the series in UAE, which starts on Friday. If Pakistan can repeat their 3-0 scoreline from the T20 series in the ODIs, they will jump ahead of West Indies into eighth place.

The cut-off for qualification is September 30, 2017, with the ODI nations who sit outside the top eight then joining the qualifying tournament which is currently scheduled to take place in Bangladesh. West Indies missed out on a place in next year’s Champions Trophy after being pipped for the final berth by Pakistan and Bangladesh.

“It would be a terrible embarrassment for West Indies to not automatically qualify,” Dujon, who played in the 1983 and 1987 World Cups, told ESPNcricinfo. “It would be damaging for any team who has tasted what it’s like to be in the top echelon of world cricket.

“As someone who played in a very successful era, it’s very embarrassing but it has to be an indication of exactly where we are at and something needs to be done. It hurts.

“We can’t be fooled by the fact that we’ve just won two tournaments – the World T20 and the U-19 World Cup – the fact we are still struggling to qualify shows we shouldn’t get carried away with that.”

On the eve of travelling to the UAE, Phil Simmons was sacked as coach – less than six months after West Indies won the World T20 – with the WICB citing “differences in culture and strategic approach.” Dujon does not believe a satisfactory explanation has been given for Simmons’ departure, despite the strained relationship he had with the board following comments about one-day selection last year.

“The sacking of Phil Simmons was a surprise. I’m not sure we have the real reasons, what we were given were a bit sketchy,” he said during a visit to London for a Lord’s Taverners event honouring wicketkeepers. “It’s disappointing for me that we haven’t been able to find a settled situation in the coaching area which would give the team some direction. It’s a setback. Jason Holder as captain also still has a lot to prove so things are in a pretty unstable situation now.”

Simmons’ last engagement was the Test series against India where, although West Indies lost 2-0, there were moments of encouragement, particularly with Roston Chase’s match-saving maiden Test century in Jamaica and the promising returns of young quicks Miguel Cummins andAlzarri Joseph.

“The talent is still there, it’s a matter of who is going to work with them to help them develop,” Dujon said. “We are still in a situation where we are trying to solve the problem from the top down rather than the bottom.

“A promising move recently is that it seems we are going to have more A-team tours which is vital for development. They are meaningful when you go and play in countries who are better than you, it gives you a better gauge of where you are at. That has to be focus, as expensive as it may be, and hopefully we’ll have a better quality of player coming through to the top level in the next four or five years. Right now, some of the players who have come to the top level are not the complete article.”