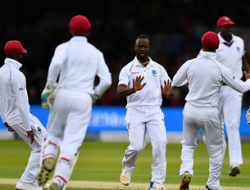 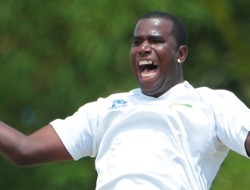 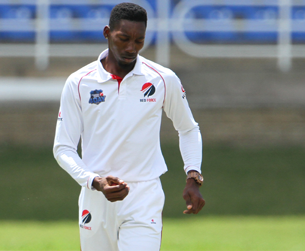 11th January 2018 Comments Off on Teams aim for strong finish to the season Views: 1590 News

ST. JOHN’S, Antigua – With the destination decided for the Headley/Weekes Trophy, symbol of WINDIES first-class surpremacy, focus will shift naturally to individual performances of the players, but there are still goals which each of the teams will be looking to fulfill in the Digicel 4-Day Championship.

Barbados Pride will look to spoil newly-crowned champions Guyana Jaguars celebrations when they meet in the feature match of the ninth round, starting tomorrow at Kensington Oval.

• For “live” scores and webcasts of the matches, visit the Match Centre

• Also, get the scores of the matches

on the WINDIES Live app for your mobile device.

Windward Islands Volcanoes and Trinidad & Tobago Red Force clash at the Grenada National Stadium with the aim of improving their final position in the table after a topsy-turvy season, the same goal when Jamaica Scorpions host Leeward Islands Hurricanes at Sabina Park.

Boosted by the return of three WINDIES players and the inclusion for the first time of a WINDIES Under-19 World Cup winning fast bowler, Pride will be looking to crash Jaguars’ party, if the weather holds.

It was raining heavily on the eve of the match in the Barbados capital and the two sides will be hoping that the weather improves to give them another at a battle which has ultimately decided the last four seasons.

When the two sides met in the first leg, the Jaguars rolled over an inexperienced Pride side still trying to find its feet by eight wickets at the Guyana National Stadium.

With Kraigg Brathwaite, Shane Dowrich and Miguel Cummins bringing to bear their collective experience, along with emerging fast bowler Chemar Holder eager to showcase what he learnt on a recent training stint in Australia, the newly-crowned champions could be on a roller-coaster ride this weekend.

Jaguars however, will rest easy in the knowledge that on their previous three trips to Kensington Oval in the Professional Cricket League era, they have won once and showed enough resilience to earn two hard-fought draws, after coming under intense pressure.

Blessed with good fortune in their last three games that have brought them a tie, a win and a draw, Volcanoes will be hoping that the positive trends continue.

Red Force however, are strongly favoured to complete the season sweep, even though fortune has not been too kind to them, and they have slumped to defeats in their last two matches after starting the season strongly.

The visitors have won their last three matches against Volcanoes, including the corresponding contest at this same venue last season.

Another ding-dong battle is expected between Scorpions and Hurricanes, two teams whose confidence are in different places at the moment.

Hurricanes have been buoyed by their sensational, come-from-behind victory over Red Force in the previous round, at the same time that Scorpions crashed to defeat against Jaguars.

Based on the pattern over the last three seasons in the PCL, Hurricanes are favoured to win the return leg of the series, after they were beaten soundly in the first leg.

But this expectation has to be tempered, due to the fact that they have won just once in the their three previous matches at this venue – albeit last year.