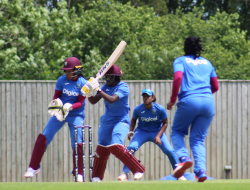 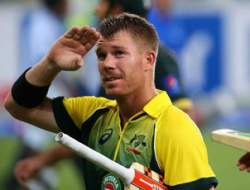 The West Indies Women starts its preparations for the ICC Women’s World Cup 2017, scheduled across four venues in England from June 24, with a five-day camp in Barbados from Friday (May 26).

The West Indies, who finished runner-up at the last edition of the tournament, in India in 2013, last played international cricket in November in India when it lost the One-Day International series but won the Twenty20 International series in Vijayawada. It finished fourth on the ICC Women’s Championship table with 11 wins in 21 games and became the last team to earn an automatic berth for the World Cup.

Vasbert Drakes, the head coach of the West Indies team, said that the focus of the camp would be to get the team to bond. There would also be physical assessment and player development sessions before the team leaves for England next Wednesday.

“We are eager to get the group together. It’s an exciting line-up of players with a balance of established players, a couple of returnees and a group of four new faces,” said Drakes. “This camp will enable the team management unit to spend valuable time with the players and start to build the desire for success in the team, as they get ready to face the challenges of the World Cup.”

The West Indies has recalled Shanel Daley, and included four rookies in Reniece Boyce, Qiana Joseph, Akeira Peters and Felicia Walters in the squad. Joseph, 16, is going to be the youngest player at the 11th edition of the World Cup.

The West Indies won the Women’s World Twenty20 in India last year, but its record in England is not as impressive as it would have liked it to be. It has won just three of the 11 ODIs played in England so far since 1979.

“It will be a good opportunity for us to recreate the strong team culture that was a hallmark of our side over the last two years as we worked very hard to qualify for the Women’s World Cup,” added Drakes. “We want to help the new players integrate, while rekindling the camaraderie and relationships with the familiar faces, so that there is a healthy team environment in which everyone can focus on performance and ultimately being successful at the World Cup.”

After the first camp, the squad will train for 17 days in Southampton, and will play practice matches against an England Women’s XI on June 6 in Loughborough and the Southern Vipers on June 9 at Ageas Bowl. They will then shift to Leicester to play the warm-up matches arranged by the International Cricket Council before travelling to Taunton for their first match against Australia Women on June 26.

“We will have almost a month in the UK prior to our opening game in the World Cup to get the team into game mode,” pointed out Drakes. “We will spend that time trying to get acclimatised to the conditions and being purposeful in our build-up to the tournament, so that we can significantly improve on our past performances and prepare to take on the world.”

Taken from the ICC