Singh hits ton in warm up 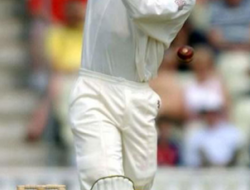 SYDNEY, Australia – Stafanie Taylor’s half-century was in vain as West Indies Women slumped to a four-wicket defeat to Australia Women, in the opening Twenty20 International of the four-match series on Sunday.

Sent in at North Sydney Oval, the Caribbean side were held to 113 for seven off their allotted overs, with the right-handed Taylor carving out the top score of 52 off 54 balls and in-form stroke-maker Deandra Dottin getting 24.

However, they were the only two batsmen to pass 20 and two of only three players to reach double figures, as the Windies Women crashed from 98 for three at the start of the 19th over, losing four wickets for 15 runs. Leg-spinner Kristen Beams was the best bowler with two for 15.

In reply, the Aussies produced a measured reply, reaching their target with seven balls to spare, despite outstanding performances from off-spinners Anisa Mohammed and rookie Hayley Matthews.

The experienced Mohammed claimed three for 25, while Matthews picked up three for 26, but even then they failed to stop the Aussies march to victory.

Opener Jess Jonassen top-scored with 46 from 51 deliveries and captain Meg Lanning stroked a run-a-ball 24, to lay the foundation for the hosts.

Jonassen, who struck five fours, put on 32 for the first wicket with Elyse Villani who hammered a breezy 19 from 15 balls, but it was Jonassen’s second wicket stand with Lanning, which put the game out of the Windies’ reach.

The pair added exactly 50 from 49 deliveries, with Lanning crunching three boundaries, as Australia Women removed any doubt about the result. Both batsmen fell within 11 balls of each other with just five runs added but the hosts had enough momentum to get home safely.

Earlier, Taylor cracked four fours and a six as she put on 52 for the second wicket with the prolific Dottin, whose knock contained one four and a six.

When Dottin and Matthews fell in successive overs to leave the Windies Women on 67 for three in the 13th over, Taylor added 31 for the fourth wicket with Britney Cooper to repair the innings.

Cooper hit two fours in a brisk 19 off 16 balls but her dismissal triggered a slide as the Windies innings fell away badly. (CMC)