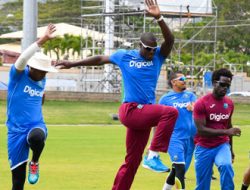 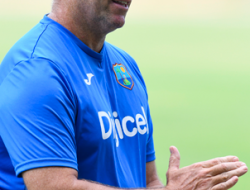 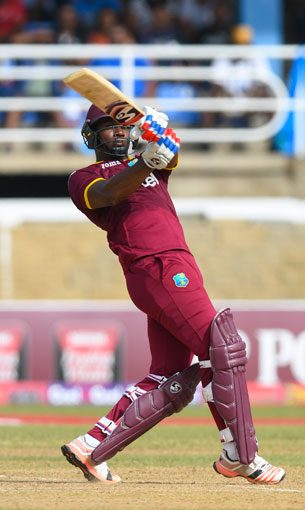 New Zealand and the West Indies will begin their three-match one day international series in Whangarei on Wednesday. The hosts ran riot in the two-test series, but the visitors have more firepower present for white-ball cricket. Ian Anderson looks at some major factors.

1) Chris Gayle: The self-anointed “World Boss” is the biggest drawcard of New Zealand’s international summer cricket programme. Gayle wasn’t here for the two-test series – it’s not his bag anymore – but his presence for the one-day and Twenty20 series will be seen by New Zealand Cricket as a key opportunity to bolster the bank account.

There won’t be any plans for some quick singles to rotate the strike and frustrate the bowlers – once/if Gayle gets his eye in, you’ll want to keep a close eye on the ball if you’re sitting in the crowd at Cobham Oval and following venues. Black Caps coach Mike Hesson has declared that his quick bowling attack – featuring the likes of Lockie Ferguson, Adam Milne and Matt Henry – will go on the attack from the outset and try and blast out the blaster.

2) Colin Munro: Not the size and stature of his opposing opener, but the Black Caps batsman can also be a devastating weapon. The left-hander has destroyed domestic attacks for a number of seasons and has had some spectacular moments in the national side without being a consistent force. He’s now shifted from the middle order to face the new ball, with the idea that being a boundary-hitter should play out in his favour during early fielding restrictions.

3) Evin Lewis: A name likely only known by extra-keen cricket fans, who will be seeking to change that in the two short-format series. His ESPN Cricinfo profile features the quote: “I hit a lot of sixes, big sixes like him,” in reference to team-mate Gayle.

He’s excelled at T20 and starred in the recent Bangladesh Premier League but also averages 34 in ODIs at a strike-rate of 89, so will be one to watch.

4) Momentum: Will the test series performance and results mean anything to the one-day matches? Hugely unlikely. The Windies squad in particular has been vastly altered, such is the way their stars play the international game. So they’ll have a host of players not bruised mentally by the dominance of the Black Caps in the red-ball matches.

New Zealand should start on Wednesday full of confidence, but Kane Williamson and Tim Southee won’t be playing a major part in the one-dayers and there’s a number of players who know this series is a major trial towards World Cup selection.